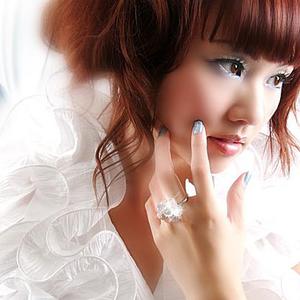 Ever since Trish's debut in Asia Entertainment videos, the face of Vietnamese pop has never been quite the same. Not only has Trish made an incredible impact at Asia, but she has almost single-handedly helped to define a new generation of Vietnamese pop music. With her fresh-faced looks, ever-evolving unique sense of style, and soothing distinctive voice, Trish has reached fans far and wide, from Vietnam, China, Malaysia, Korea to England, Germany, Australia and the United States.

Hailed for her amazing songwriting talent and ability to write catchy pop songs, Trish has brought true talent, style and originality to the Vietnamese music scene.

Trish grew up listening to American music and loved to sing along with artists such as Madonna, Mariah Carey and Sheryl Crow. As a child, Trish was constantly singing out loud and had a deep knack and love for music, so her parents encouraged this by enrolling her in piano lessons. Soon she was pursuing and excelling at many artistic endeavors, such as her school choir, drawing, painting, poetry and sewing, all of which have helped her to develop and become the talent that she is today.

Trish's career started rather simply and organically. Her love for music and singing naturally led to constant karaoke-ing at home. After a close friend had heard her sing, she encouraged Trish to send a demo to Asia Entertainment. Since she had promised her friend, Trish went ahead and recorded herself singing karaoke on her home system and sent it to Asia. Producers at Asia Entertainment were immediately impressed and quickly called her in for an audition. They were amazed at her ability to sing English and Vietnamese with such ease and at her innate musical talent.

Trish continues to perform, write songs, and appear on Asia Entertainment Videos. There is no doubt that her incredible talent, beauty, unique sound and voice will continue to capture our ears and our hearts for a long time to come. She is also very cool! ^^