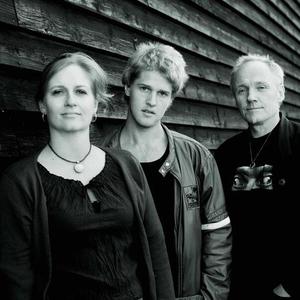 Trio Mio got together for the first time in 2004 to record violinist and composer Kristine Heeb?ll's d?but album ?Trio Mio?. The music and combination of musicians quickly evolved into a performing trio with appearances in Denmark, Italy, Germany and Sweden. Trio Mio recorded their second album, ?Pigeon Folk Pieces?, in 2005 and the effort was awarded 2 Danish Music Award Folk, one for Artist of the year and one for Composer of the year. On stage, the group established a unique contact with its audiences, opening a gripping musical universe for its listeners.

Trio Mio has now played 150 concerts in Denmark, Ireland, England, Germany, Holland, Italy and Sweden and is working to spread their music to more countries and continents. The groups third CD is now available.
The heart and soul of Trio Mio's musical motivation is the burning desire to show the world that Danish and Swedish folk music is full of innovative possibilities.