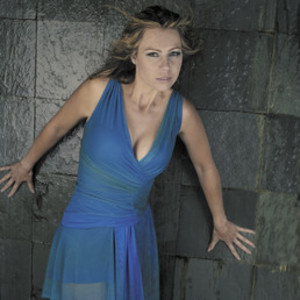 Trine Rein is one of quite few Norwegian artists who has sold millions of records. Almost unknown before the release, her first album, "Finders Keepers", topped the Norwegian album chart for five weeks, just 14 weeks after the release in 1993. The album was also a huge success in Japan and two thirds of the 600,000 albums sold of the first album was sold in Japan. The second album, "Beneath My Skin", was released in 1996 and also a success, especially in Norway, Japan and Denmark.

The second album, "Beneath My Skin", was released in 1996 and also a success, especially in Norway, Japan and Denmark. This album included the smash hit "Torn", a cover of a song by Alternative Rock band Ednaswap and later a worldwide hit when Natalie Imbruglia made a cover of it.

A compilation album, "The Very Best Of Trine Rein", was released in 2004 and in 2006 Trine was in the final of the Norwegian national Eurovision Song Contest selection "Melodi Grand Prix" with the song "Here For the Show".

Trine Rein's official website can be found on http://www.trinerein.com

To Find The Truth