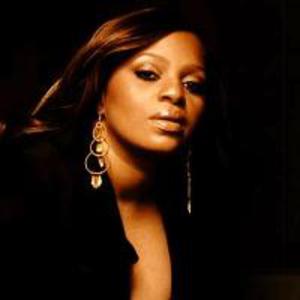 Trina Broussard is the real and down to earth girl next door who just so happens to have a voice as powerful as an R&B diva. Her debut album, Same Girl (Motown Records) produced by Gordon "Commissioner" Williams ( Lauryn Hill, Santana ), Jamey Jazz, Steve Harvey (not the comedian) and Trina herself, is a blend of southern backyard soul and sassy northern attitude. Her smooth, milky vocals warmed by a comforting blanket of harmony will leave the listeners feeling as if they've just been hanging out with a good friend.

Influenced by her mother, who sang jazz, and her father, who played guitar for several big bands, as well as Anita Baker, Stevie Wonder and Donny Hathaway, Trina began pursuing a music career in 1990 after relocating to Atlanta from her native Houston. It wasn't long before the new girl in town wooed some of the biggest names in R&B with her talent and skills. "I sang background vocals for Bobby Brown, Pebbles, Babyface, Mariah Carey, Toni Braxton and Be Be & CeCe Winans when I moved to Atlanta," says Broussard. Through her association with Trey Lorenz, she began writing and then later signed with So So Def. Her single "Inside My Love" received heavy radio airplay and was featured on the 1997 platinum-selling Love Jones movie soundtrack. In 1998, Broussard co-wrote the Queen of Soul Aretha Franklin's hit record "Here We Go Again," and also released her own single "Love You So Much" the following year. Unfortunately, her album was never released. "I was disappointed that we had got to the threshold and somehow things just didn't work out," recalls Trina.

Broussard remained focused and continued to persevere. In 2002, she signed with Motown Records. While recording her album Same Girl she continued to experience life's curve balls. "I needed to make an album that represented me. I'm the same girl that goes through ups and down, I'm the same girl that can relate to anything on every level from weight issues to man issues and not come out defeated," says Trina. Her voyage through the making of the album was co-navigated by writing partner and friend Ra-Re Valverde. "'Joy' was one of the first songs that we wrote together for the album," Trina recalls of the uplifting, midtempo, 80's-soul inspired track. The album is charismatic and affectionately touches on several close-to-heart topics with a bravery seldom present in current R&B music. Whether she is pouring her heart out on "Will Things Ever Be The Same" or exuding pure cathartic emotion on "I Never Thought," there is no denying Broussard gets to the heart of situations many women go through. The jazzy, dramatic "Just Another Way" mirrors a past period of her life and is sung with fierce conviction. "It was perfect timing, perfect lyrics and a perfect story."

An inspiring story of perseverance it is. Same Girl clearly puts her in a category of her own. "I try to bring the reality of who I am to what I do as a woman... I just want to put good songs out there."