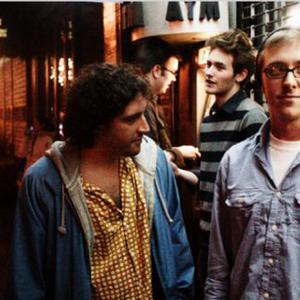 Influenced by the roots-rock of Creedence Clearwater Revival, Neil Young, The Band, and their latter-day disciples Wilco, as well as the Midwest earnestness of the Replacements, and the summery jangle of Pavement, Trashed On Fiction synthesizes these bands into expansive and infectiously scratchy rock and roll songs about awkward romantic relationships, an apathetic folk hero, baggage (lots of baggage), The Woolworth building, a celebrity stalker and removing your clothes. That's the first half of their new record anyway.

Searching for that specific warm sound, Trashed On Fiction scrapped their initial studio recordings for their new album and embarked on a unique process of recording after-hours in a music store, a kitchen, the back of a van, and late at night on the theater stage of a college.


The process resulted in Words Trails Maps: A bittersweet album not just about growing older or leaving home, or the cavalier hearts of youth. But the contemplative silence between these experiences and the jubilant debauchery afterward.