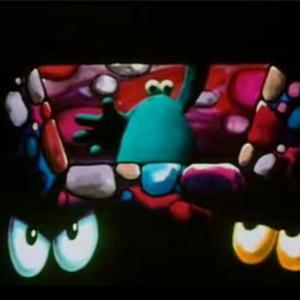 1. Spawned from an underground comic book in 1987, Trap Door has been dedicated to the dissemination of suppressed or lost information, fighting the forces of obfuscation, the eradication of prejudice and spreading ?the luv?. With infectious dance grooves and intelligent lyrics, Trap Door has attracted international attention and has been featured in a RAI news special about the future. Trap Door has also graced the pages of international magazines such as Unicus, UFO Universe and many popular comic books such as Hawk Man and Spider-Man.

With infectious dance grooves and intelligent lyrics, Trap Door has attracted international attention and has been featured in a RAI news special about the future. Trap Door has also graced the pages of international magazines such as Unicus, UFO Universe and many popular comic books such as Hawk Man and Spider-Man. Trap Door was also voted most original band in the Lehigh Valley and has won numerous awards for their compositions and performances.

Sometimes comprised of as many as twelve members, Trap Door's Intergalactic Bump music offers sounds - which until recently - could only be heard through certain obscure Montauk radio sondes. On top of dedicated dance rhythms the lyrics inform, educate, and expose the listener to such phenomena as the Philadelphia Experiment, S-4, Exercise Tiger, the ENUMA ELISH and the Epic of Gilgamesh. The bizarre spontaneous antics and choreographed artistry of Trap Door's performances provide an uncommon and fun experience.

2. A unique trip through the world of obscure psyche rock from Dis-Joint records. I'm not sure if this is a collection or a pastiche of ultra rare 60s and 70s funky psyche songs from all over the world (Korea, Italy, Israel, Spain etc.), but who cares when the tracks are this cool! The album consists of two 20 minute-long mixes (or one long 40 minute mix on the CD), one per side, of tracks fused together with bizarro samples for extra shroominess. There's no tracklisting for these golden nuggets, so you'll need to do serious digging to find out what's what (the Dis-Joint website hasn't even listed the LP yet!).

Billed as an ?international psychedelic mystery mix,? Trap Door takes the listener on an anarchic sonic trek to the four corners of the planet with a freshly packed hookah in one hand and headphones in the other. Recorded from original vinyl pressings, this handpicked selection of secret global oddities from Israel, El Salvador, Turkey, Korea, and elsewhere received extra tweaking with the addition of bugged-out dialog and liberal use of an Echo-Plex for the hazy, dub-style final mixdown. Trap Door literally veers all over the map, careening from synth-heavy, Euro prog-fusion throb to minor-key, Middle Eastern violin workouts to melancholy, Latin psych-pop while still coming together as a cohesive nocturnal soundtrack.

Though several of the tracks unsurprisingly spotlight the kind of breaks that make big-name producers go weak in the wallet, it's Veltri's ear for stunning tunes comparable to the best work of South American psych giants Os Mutantes and We All Together that elevates the mix to a higher level. The willful exclusion of artist info will madden detail-obsessed record geeks, but even the savviest digger would probably need several lifetimes and unlimited frequent flyer miles to track down these lost gems ? even if they had all the pertinent info. Beat heads and psychedelic excavators alike will find plenty to love about the trippy yet still fundamentally funky flavors of Trap Door.