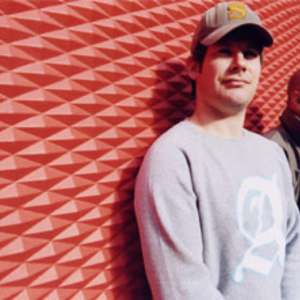 Biography Transparent Sound has had various different members over the years, but is essentially a musical collaboration between Martin Brown and Orson Bramley, who met and started writing music together in their home town of Bognor Regis, UK back in 1994. Along with co-founder Steve Penfold they set about creating a very distinctive electro influenced sound. The first release on Transparent Sound Recordings, Meltdown Ride (or the yellow one as it has become known) came out the following year.

Transparent Sound has had various different members over the years, but is essentially a musical collaboration between Martin Brown and Orson Bramley, who met and started writing music together in their home town of Bognor Regis, UK back in 1994. Along with co-founder Steve Penfold they set about creating a very distinctive electro influenced sound. The first release on Transparent Sound Recordings, Meltdown Ride (or the yellow one as it has become known) came out the following year. A flurry of 12"s came out over the next few years under various different guises, as the guys experimented with different sounds & styles, but the main theme continued to be electro, with further releases on the TS imprint.

This chapter in their history closed after The Cure asked them to re-mix their 1997 single 'Wrong Number'. Steve left the project to pursue his scaffolding career, while Orson & Martin continued recording.

During the summer of 1998 an 'analogue only' project was started with old friends Scape 1 and Tim Harris (Breakspoll, Dangerous Frontiers, Dark on tuesdays), another two of Bognors electro elite. Using nothing but an 808, a couple of 101s, a basic 8 channel desk, minimal effects and a handful of 'crappy old keyboards'such classics as Freaks Frequency and Down in Miami were created in a series of live session recordings.

By the end of 1999 it was clear this project had reached a natural end, and Orson and Martin set about creating a new studio-The Chilli Plant. Still using basic equipment, the duo produced a series of stunning tracks culminating in the release of their first studio album, Emotional Amputation in 2002 on Electrix. During this period the boys developed an impressive live set, which has since set dance floors alight in venues across the UK & Europe. A much acclaimed mix album 'Beats Clash-Volume 1 Radioactive Man v Transparent Sound' also came out during 2002.

In early 2003 the guys moved the studio away from the urban sprawl of London to a rural farm location-The Electronic Cottage. Here they penned tunes such as 350 Short & Your Eyes are Pretty. A more melodic & mellow mini-album ,Dirty Curtains & Football Posters was recorded. So far, these inspiring 6 tracks have not been released, although several had imagery put to them by Addictive TV for a mix-masters show on ITV1. You can exclusively download Dirty Curtains & Football Posters, including all the artwork by Andrew Rae for the amazing bargain price of ??2!!! from our Audio page.

2004 also saw Orson Recordings being set up by Orson & Martin Bundock (who ran the infamous Perverted Science parties @ the 333 in Old Street, London). This fantastic label gives a platform to various artists that have impressed Orson during his travels. See the contact page for a link.

The studio was moved back up to London, & in the autumn TS started work on their 2nd Studio Album, Hair Cut Fantasy. This was released in September 2005 on Exceptional Records, to much critical acclaim, with two singles coming out before and after release, featuring remixes from Swaysak, Espion and Bangkok Impact.

Other releases in 2005 included several bits on Electrix (Who is Who? and Mr Velcro Fastener remixes) and their first release, Vintage EP on Craig Richards Tyrant Label.

Amongst the many dates played by the guys was their first live performance in their home town, Bognor Regis, at a Wasted Audio night at the Mud Club. TS played a blinder of a set at Fabric, which was recorded by the club and can be heard exclusively by members of their website, fabriclondon.com

2006 turned into a really busy year. A double live/mix CD entitled THE TWO HEADED MONSTER came out on Orson Records in July. It features a live session from TS, and a really exciting mix from Fabric resident, Craig Richards. Three limited edition coloured vinyl 12's come out along side the album, featuring new tracks from the guys and some rare tracks from Craigs mix.

Currently the guys are getting excited adout the forthcoming Cider Club & Two Headed Monster eps which are both set to come out in the early summer. Both 12"s feature remixes from Espion & Fine Cut Bodies, with a mix of The Cider Club from Repeat Repeat, and Detroit Cobra completeing the Two Headed Monster mixes.

Keep checking the news page for upcoming releases, & keep up with what's current at