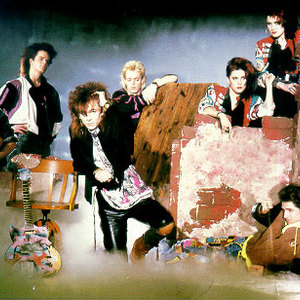 After the second studio album, which was highly successful in the native Sweden, all but the three vocalists (Marlene, and the Holmstr?m sisters) quit the band. The remaining trio then recorded Twang, which proved to be a commercial failure, and the group disbanded for good shortly thereafter.