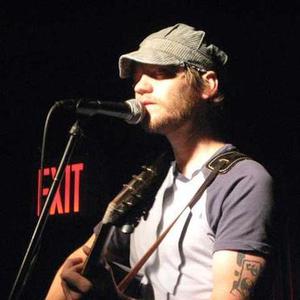 Tractor Operator is Eric Jensen. In January of 2004 Eric toured from Berkeley, California to Austin, Texas by Greyhound bus in support of his first solo EP titled The Last Sunday in November. The second album, Nice Truck Mister, was released in May of 2005 on a 17 day tour of the Northwest that started in Olympia, Washington and ended in Eugene, Oregon. Tractor Operator's self-titled album marks the first release from the new Portland, Oregon based label Smells Delicious. It is comprised of songs from both of Tractor Operator's sold out albums.

Eric has performed in other projects as both a guitar player and drummer and has had the honor of sharing the stage with the likes of Joel R.L. Phelps, Quasi, and Mike Watt among others. His music has been compared to The Microphones, Built to Spill, and Ledbelly. Occasionally Tractor Operator performances include Eric's sister Tara Jensen and other musicians.

Tractor Operator has recently been named #2 on the Willamette Week's Best New Band list. Other bands that have been on the list include Menomena, Talkdemonic, and Viva Voce.
http://www.wweek.com/editorial/3227/7538

Evil Will Hand You Boredom