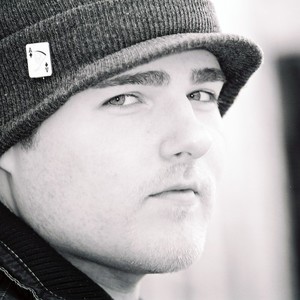 Arcsin's music has always evoked descriptions that involve the word ?phenom?, often leaving the listener to think ?where the hell did this guy come from?. His talents undeniable, how he was able to get to that point so fast, unexplainable. ?Oculus Fang? provides us the record where Arcsin has finally ?arrived?. This record brings a sound more mature then his debut ?Resonant Murk Tactics? (2004, Definitive Jux).

He's added the electric guitar to his arsenal of weapons, not just as an accent, but as a dominating force. He's not the kind of producer who toils around with a guitar, he attacks tracks with it, proving he's just as apt with it as he is with the synthesizer and sampler. His music is emotional, exemplified by the tracks ?Scarlet Fever?, ?Acid Tearstain? and ?Lungpunch Parade?, his newly found use of vocal samples helping bring this forward. Arcsin's production style keeps him from the usual trappings of such an approach, his vocal samples are still consistent in a song formation, not just chopped to bits, and at the same time he's managed to build completely original arrangements around them, not just homage's. The music on this album is ominous, like something bad is about to go down at any moment. If you rock it in your walkman, you may find yourself looking over your shoulder more often. But with tracks like the single ?Phreaks?, ?Oculus Fang? remains welcoming in an unwelcome world. This is a view through an Oculus that's been formed by this age's gritty realities.

Turn It Off And Go To Bed