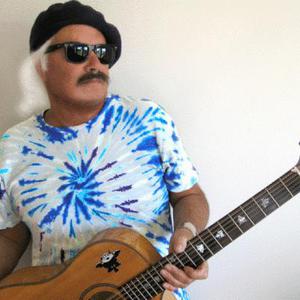 Toulouse Engelhardt is now over forty years into his career. He may not be as celebrated as some of his former colleagues, but he is the last original member of the so-called Takoma Seven. The Takoma label featured such guitarists as John Fahey, Leo Kottke, Bukka White, Max Ochs, and others who developed a unique finger picking style during the mid-sixties to mid-seventies. His studio output has been scarce, but his talent and style deserves a place among this elite group of legendary guitarists.

His origins may have been in the city of Milwaukee, Wisconsin, but his earliest influence was the California surf sound. While he quickly moved beyond just this style, such songs as ?The Wedge? by Dick Dale and ?Walk Don't Run? by The Ventures set him on the path to guitar virtuosity.

His first classic release was 1975's Toullusions, which established his unique finger picking style. Martian Lust, released during 2005, re-established him as a guitarist of note. He has now returned with a new studio album titled Perpendicular Worlds.

His music is difficult to classify. He composes his own material, which can best be described as impressionistic. The melodies range from traditional to off beat. The constant unifier is the dexterity of his finger picking style.

He divides the album into three suites. ?Inner Space: River Electium,? ?Deus Arbes: Two Trees,? and ?Outer Space? all paint pictures as the separate songs intertwine and build upon each other. It takes the listener away on a journey of sound.

A number of different guitars are used to create his unique sound. A custom made Art Davis 12-string, a Taylor 855 Jumbo 12-string, a Martin D-28-12, and a Mosrite Ventures Model surf guitar all have a distinct sound and personality.

Toulouse Engelhardt is an acoustic guitarist extraordinaire. Musically he may walk the road less traveled, but it is a journey worth sharing.