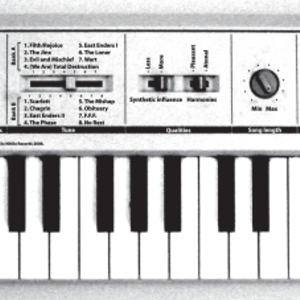 Total Destruction plays eclectic synth metal. Progressive and regressive electronic music with melodies you can sometimes sing along to. Digital noise with hidden harmonies. The band consists of Evil Dick (lead drums) and Roy-Albert Hall (lead keyboards). The band was formed in 1998. Their 10-year anniversary is celebrated with the release of their majestic 2CD debut album "Total Destruction". The album is available to order through their homepage, www.totaldestruction.net.