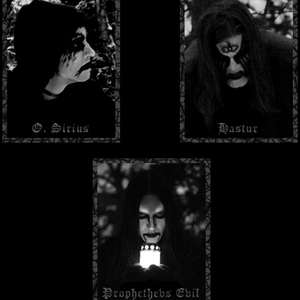 Archimage is a Finnish black metal band founded during the winter 2003-2004. Formed as a trio of Prophetheus Evil, O. Sirius and Hypna, the band turned into a duo of the first two already in 2004. Archimage existed a while as a mere solo project of Prophetheus Evil in 2007 (first s/t demo era) until O. Sirius joined back to record the drums for the second demo "The Dark Glory of Quietus". Then after the third demo "The Solstice of Winter" Archimage was joined by the new bassist Hastur creating the current line-up in 2009.

Since then the band has recorded their debut album that shall be released in 2010.