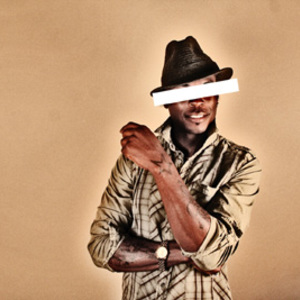 Tony Towerz: Something Illusory ?The greatest con that he ever pulled was making you believe that he is you,? Revolver (2005) Today's musical artists are constantly trying to rip the seams that have previously held distinct genres of music apart. Some may bring you R&B on a pop track. Some are presently resurrecting the 1980s under rap verses. Most fail in what they intend to do. But Atlanta's own Tony Towerz takes you beyond samples alone, beyond genre-stacking and into genre-re-creation. He aims to rescue you from popular names' empty experimentation and take you into his artistry.

The singer-songwriter-producer-musician draws from his own experience and taps into his influences of David Bowie, Michael Jackson, Marvin Gaye, and Bobby Brown. But Tony Towerz' music pulsates; it vibes to itself and somehow, each track you hear forces you into a conversation with yourself. ?This sounds like X. Well, no, not really. But I like this.? Teaming up with his childhood friend and producer, ScottChris. They formed together the production team ?The Ultra Beat Boyz? which includes two other members Furious & B. Walker. Together they deliver a project that is at once a consistent vibe executed through tracks that disturb your truths about musical genres. It is a blessing and a nuisance that Towerz is truly ?Already Lonely.?
His fit into the current music scene is purely an illusion? However, Towerz is confident there's room for listeners. Consider this your invitation...
For Booking & Information about Tony Towerz contact:
ultracreativemusic@gmail.com