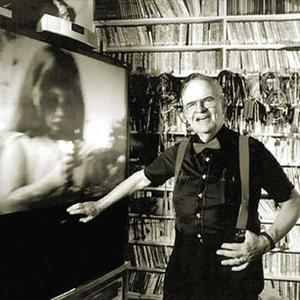 Tony Schwartz, acknowledged master of electronic media, has created more than 20,000 radio and television spots for products, political candidates and non-profit public interest groups. Featured on programs by Bill Moyers, Phil Donahue and Sixty Minutes, among others, Schwartz has been described as a "media guru", a "media genius" and a "media muscleman". Born in midtown Manhattan in 1923, a graduate of Peekskill High School (1941) and Pratt Institute (1944), Tony Schwartz has a unique philosophy of work: He only works on projects that interest him, for whatever they can afford to pay.

Born in midtown Manhattan in 1923, a graduate of Peekskill High School (1941) and Pratt Institute (1944), Tony Schwartz has a unique philosophy of work: He only works on projects that interest him, for whatever they can afford to pay. Because of his interest in social issues, if he were to apply his commercial rate to the work he volunteers, it would amount to the equivalent of $450,000-$500,000 per year to these causes.

For thirty one years (1945-1976) he created and produced a weekly radio program of people and sounds of New York on WNYC (AM & FM). For over 15 years he wrote a weekly column for Media Industry Newsletter (MIN).

When Marshall McLuhan met Tony Schwartz, he said he met "a disciple with twenty years prior experience!" Later, McLuhan and Schwartz shared the Schweitzer Chair at Fordham University.

For many years he has been a Visiting Electronic professor at Harvard University's School of Public Health, teaching physicians how to use media to deal with public health problems. He is also teaching at New York University and Columbia and Emerson colleges. Because Schwartz is unable to travel distances, he delivers all out of town talks by 2-way telephone. Schwartz is a frequent lecturer at universities and conferences, and has given presentations on six of the seven continents (not Antarctica). He holds honorary doctorates from John Jay, Emerson and Stonehill Colleges.

Designated the year's "Best Social Studies Teacher in the United States" because of a Sociological Communications course he taught to high school students, Schwartz explains "I merely taught them how to document the life around them in sound and pictures."

"Documenting life in sound and pictures" is something Tony Schwartz has been doing since 1945, when he bought his first Webcor wire recorder and began to record the people and sounds around him. From this hobby developed one of the world's largest and most diverse collections of voices, both prominent and unknown, street sounds and music, a collection that resulted in nineteen phonograph albums for Folkways and Columbia Records.

Schwartz began to do commercials for national advertisers, in which he revolutionized the industry by being the first one to ever use real children's voices, as opposed to adults imitating children, in radio and television ads. From commercials involving children, he moved to general advertising, everything from Coke to airlines, political campaigns and public interest media--- every ten years, Schwartz's sphere of interest expands to include new directions and new challenges, as well as continuing the old.

Credited with the single most effective and talked about ad ever produced, Tony Schwartz created the "daisy ad", as it has become known, to highlight the dangers of nuclear arms. It was used by the Johnson campaign in 1964 to clearly illustrate his position on the use of nuclear weapons. Considering the extensive discussion that the ad has sparked, it is remarkable that the ad ran only once.

The Library of Congress has requested that the entire body of Tony Schwartz's material be housed in their archives. States Gerald Gibson, Curator and echoed by Daniel Boorstin, former Librarian of Congress, "Your collection...is truly phenomenal. Its scope, from political spots through documentation of speech development, commercials and interviews, to folk material, makes it one of the truly unique...collections...of mid-20th century thought and work yet put together. When one realizes that...your collection documents the work of one individual, its importance and usefulness to future research is almost unimaginable. It will enhance the Library's collection far beyond anything that I am honestly capable of perceiving!"

The photographer Edward Steichen has called Tony Schwartz the man "who moved sound recording into the realm of the arts". And the artist Ben Shahn told a friend, "Tell Tony, he's my kind of artist, hard boiled and beautiful!"