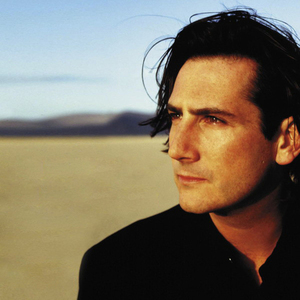 Tony Hadley (born Anthony Patrick Hadley, 2 June 1960, Islington, London) is an English pop singer who fronted the 1980s Pop band Spandau Ballet. The group disbanded in 1989, after their final studio album, Heart Like a Sky, failed to live up to the critical and commercial success of their earlier albums, such as True and Parade. As a matter of fact, Heart Like a Sky was not even released in the United States.

The group disbanded in 1989, after their final studio album, Heart Like a Sky, failed to live up to the critical and commercial success of their earlier albums, such as True and Parade. As a matter of fact, Heart Like a Sky was not even released in the United States. In April 1999, Hadley along with fellow band members Steve Norman and John Keeble failed in their attempt to sue Gary Kemp for a share of his royalties, as the band's principal songwriter (recently, however, Norman is again on good terms with Gary and his brother, Martin Kemp, who used to play guitar in the band, which makes a possible reunion less difficult).

After Spandau Ballet disbanded, Hadley pursued a solo career, with considerably less success, signing to EMI and recording his first album, The State of Play, in 1992. After leaving EMI, Hadley formed his own record company, SlipStream Records, and his first release was to be the single "Build Me Up", from the film "When Saturday Comes". Shortly after that, in December 1996, Hadley embarked on an orchestral tour of Europe, along with Joe Cocker, Paul Michiels, Dani Klein and Guo Yue, playing to 500,000 people in six weeks.

On his return from that tour, Hadley signed a joint deal with PolyGram TV, and released his next eponymous solo album, Tony Hadley, in 1997, which included covers and songs that were chosen to match his voice. The album also featured some of his own self-penned songs, such as "She", the song that Hadley wrote for his daughter, Toni. He is the father of four children: Thomas, Toni, and Mackenzie by his wife, Leonie, and Zara (born 21 December 2006) by his current girlfriend, Alison Evers. Hadley split from Leonie in 2003, after twenty years of marriage.

To plug the gap between studio albums, Hadley also released a live album, in 1995, recorded, in just one night, at the club Ronnie Scott's, in Birmingham, called Obsession (later on re-released as Obsession Live).

Hadley was also the subject of some newfound respect in the 2000s, rooted in an "ironic" appreciation for his old group Spandau Ballet; John Darnielle of the indie folk rock group The Mountain Goats wrote about his admiration for Hadley's vocal strengths. In 2000, his very first solo greatest hits album was issued, entitled Debut, made up of some early solo songs, performed live in Germany in 1992, as broadcast by German TV.

In 2003, Hadley was the winner of the ITV reality television series, "Reborn in the USA", appearing alongside other ex band singers, such as Elkie Brooks from Vinegar Joe, Peter Cox from Go West and Leee John from Imagination. Capitalizing on his victory of the American reality show, his Debut compilation was re-issued, and his second collection was also released in the same year, True Ballads, including some of his solo tracks, most of the cover songs which were already contained in his second studio album, and historical hits from the Spandau Ballet period.

Hadley recently had a busy performing schedule, and also recently toured with both Peter Cox from Go West and Martin Fry from the band ABC. He released a jazz-swing album 2006, entitled Passing Strangers, and travelled on a "by request" tour from March to May 2006. This was followed by a big band tour in late the same year.

In January 2007, Hadley performed in the West End musical "Chicago" as crooked lawyer Billy Flynn, at the Cambridge Theatre. Hadley took over from ex-Emmerdale actor Ian Kelsey, and featured from 29 January to 14 April 2007. He said: "Three months was long enough, I didn't want to out stay my welcome. I got a phone call offering me the part. I went to see the show, which I thought was great. While I was in it, I got great reviews. Chicago tied in with my swing album, Passing Strangers, so the whole thing worked well."

Hadley stated on the television show "Loose Women" (22 February 2007) that he is 6'4" and 17? stone.[1]. He has a new role as radio presenter with Virgin Radio, taking over the "Friday Night Virgin Party Classics" show from Suggs (of the band Madness), in August 2007. In January 2008, Tony was given the "Saturday Night Virgin Party Classics" show as well.

Hadley performed a set with other 1980s acts, at "Retro Fest", on 1 September 2007, at Culzean Castle, in Ayrshire, Scotland. This appearance included a rendition of "Addicted to Love", with Martin Fry of ABC and Peter Cox of Go West. In February 2008, he took part to the Italian Sanremo Festival, where he dueted, either in English and Italian, with young contestant Paolo Meneguzzi, on a song by the latter called "Grande" (meaning 'great'), during the third day of the contest (where all contestants re-interpreted their songs with guest artists).

On February 22nd, 2008, he performed in show program on semi-final evening of Dora, Croatian national selection of the Croatian song for Eurovision Song Contest.

Tony has shot his scenes for the forthcoming UK movie 'Shoot The DJ' which is due for completion in December 2008. He plays Eddie Richards. The film features the acts Sonic Hub and The Long Firm and is being produced by Sonic-Hub Films, part of Sonic-Hub Records.

He also made an appearance, sung, and gave advice and words of wisdom in Pinoy Dream Academy (season 2),a singing reality show in the Philippines.

In 2009 he joined the rest of his former bandmates in reformation of Spandau Ballet.

Talking To The Moon

The State Of Play

Lost In Your Love