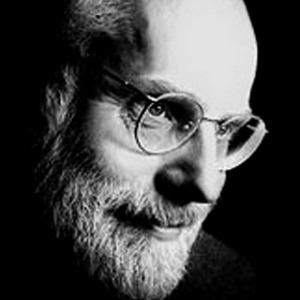 Ton Koopman was born in Zwolle in 1944. After a classical education he studied organ, harpsichord and musicology in Amsterdam and was awarded the Prix d'Excellence for both instruments. Almost from the beginning of his musical studies he was fascinated with authentic instruments and a performance style based on sound scholarship. Even before completing his studies he laid the foundations for a career as a conductor of seventeenth- and eighteenth-century music and this fascination with the Baroque era led him in 1969...

Even before completing his studies he laid the foundations for a career as a conductor of seventeenth- and eighteenth-century music and this fascination with the Baroque era led him in 1969, at age 25, to establish his first Baroque orchestra and, in 1979, to found The Amsterdam Baroque Orchestra followed in 1993 by the Amsterdam Baroque Choir.

Koopman's extensive and impressive activities as a soloist, accompanist and conductor have been recorded on a large number of LP's and CD's for labels like Erato, Teldec, Sony, Philips and dgg. Recently Ton Koopman has created his own record label: 'Antoine Marchand', with which he will publish his future recordings.
Over the course of a forty-year career Ton Koopman has appeared at the most important concert halls and festivals of the five continents.

As an organist he has performed on the most prestigious historical instruments of Europe, and as a harpsichord player and conductor of his Amsterdam Baroque Orchestra & Choir he has been a regular guest at venues which include the Concertgebouw in Amsterdam, the Theatre des Champs-Elys?es in Paris, the Philharmonie in Munich, the Alte Oper in Frankfurt, the Lincoln Center in New York, and leading concert halls in Vienna, London, Berlin, Brussels, Madrid, Rome, Salzburg, Tokyo and Osaka. Over the past ten years Ton Koopman has been engaged in 'the recording project of the '90's' (so described by 'The Guardian' in London). Between 1994 and 2004 he has conducted and recorded all the existing cantatas by Johann Sebastian Bach, a massive work for which he has been awarded with the Deutsche Schallplattenpreis "Echo Klassik 1997", the Prix Hector Berlioz, and been nominated for both the Grammy Award (USA) and the Gramophone Award (UK). In March 2000 he received an Honorary Degree from the Utrecht University for his scholarly work on the Bach Cantatas and Passions and in February 2004 he was awarded both the prestigious Silver Phonograph by the Dutch recording industry and the VSCD Classical Music Award 2004 by the Directors of Theatres and Concert Halls of Holland. Ton Koopman is also very active as a guest conductor and he has worked with many prominent orchestras in Europe, the USA and Japan including the Amsterdam Concertgebouw, the Boston Symphony, the Vienna Symphony, the Deutsches Symphonie Orchester Berlin, the Rotterdam Philharmonic, the Danish Radio Orchestra and many others. He has been for eight years principal conductor of the Radio Chamber Orchestra in Holland and he is principal guest conductor of the Lausanne Chamber Orchestra. In the coming season he will be working with the Chicago Symphony, the Tonhalle Orchestra Zurich, the Orchestre Philharmonique de Radio France, the Helsinki Radio Orchestra, the Deutsche Kammerphilharmonie, the Frankfurt Radio Orchestra, the Symphonieorchester des Bayerischen Rundfunks, and the Vienna Symphony Orchestra.

Ton Koopman publishes regularly and for a number of years he has been engaged in editing the complete Handel Organ Concerti for Breitkopf & H?rtel. Pedagogy has been an important factor in Ton Koopman's life for many years and to that end he is professor of harpsichord at the Royal Conservatory in The Hague and is an Honorary Member of the Royal Academy of Music in London.