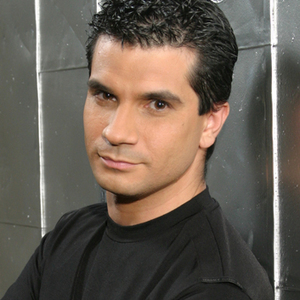 Tommy Tallarico (born February 18, 1968) is an American video game music composer and musician. He is best-known as the co-creator of the concert series Video Games Live. A native of Springfield, Massachusetts, Tallarico entered the video game industry in 1991, working on more than 250 games, including the Earthworm Jim series, Disney's Aladdin, MDK, Wild 9, Maximo, and Advent Rising. Tallarico has won over 25 industry awards for best video game audio.

He founded Tommy Tallarico Studios in 1994 and the Game Audio Network Guild (G.A.N.G.), of which he is also the president, in 2002. He writes, co-hosts, and co-produces The Electric Playground and Reviews on the Run (formerly Judgment Day on the G4 network). Tallarico co-hosts alongside Victor Lucas in both television programs. He is also an advisory board member for the Game Developers Conference, a governor for the National Academy of Recording Arts and Sciences (NARAS/Grammy) and a nominating peer panel leader for the Academy of Interactive Arts and Sciences. He released a CD with his music on it, entitled Virgin Games: Greatest Hits, Vol. 1 in 1994. A subsequent volume in the series was released in 1997. His work can also be found on additional releases in official game soundtrack albums with his music featured on them. Tallarico is the co-creator, executive producer, and host of Video Games Live.

In January 2006, Tallarico announced on his website that he and Victor Lucas had decided to move Judgment Day from G4 to a different network, under the name Reviews on the Run, as it is known in Canada. He and Lucas also act as video game correspondents for HypaSpace Weekly. As of August 2007, Tallarico has not co-hosted any episodes of The Electric Playground or Reviews on the Run, as he is not available due to commitments to Video Games Live. As of now, he has only come back for one Reviews on the Run on episode number 647 and has not yet made another appearance. A two page interview with Tallarico was featured in Guinness World Records Gamer's Edition 2008, focusing only on his soundtrack and Video Games Live work. In March 2009, Tommy Tallarico received the Ambassador award at the Game Developers Conference for his contributions to the video game industry.

Tallarico is the cousin of Steven Tyler, the lead singer of Aerosmith.