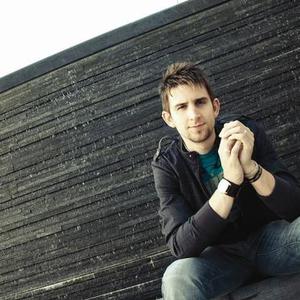 Tommee Profitt is one of today's up and coming Christian artists whose style is comparable to that of Michael W. Smith and Chris Tomlin. He brings a lot of uniqueness to the table with songs that are piano-driven rock/worship tunes. His heart for worship is very evident in all of his music. Tommee's engaging and enthusiastic personality has earned him many loyal fans across the country. Tommee and his band travel 130+ dates each year leading worship and performing concerts...

Tommee's engaging and enthusiastic personality has earned him many loyal fans across the country. Tommee and his band travel 130+ dates each year leading worship and performing concerts, and has shared the stage with MercyMe, tobyMac, Newsboys, Hawk Nelson, Mark Schultz, Barlow Girl, Family Force 5, comedian Brad Stine, and more. But singing and songwriting are just the tip of the iceberg when it comes to Tommee's talents. His amazing and unbelievable style of piano playing cannot be captured on any album -- you just have to see this LIVE! It is often this aspect of his performance that leaves people talking for quite some time.

At the early age of seven, Tommee started playing the piano by ear. Since then, music has had a huge impact on his life and his relationship with God, leading to several opportunities for him to develop his gift. At age 17, he began leading worship at his church and youth group and started taking his music ministry on the road. Throughout his college career, Tommee was the campus worship leader at Grace Bible College and graduated in 2007, with a Worship Media Degree. Now, this twenty-three year old singer/songwriter is excited about what the future holds for him when it comes to music.

With a few albums under his belt, and thousands of logged hours on the road performing, Tommee is at the next stage in his musical career. He recently recorded his third album in Nashville with producer, John Lawry (former keyboard player of Petra). John Lawry has worked with talent such as dcTalk, Backstreet Boys, Sonicflood, and MANY of today's leading musical artists. The project is being co-produced by mixer John Jaszcz (?Yosh?) who has worked with names like Kirk Franklin, Israel Houghton, Billy Ray Cyrus, Point of Grace, Bryan Duncan, 4Him, Carman, and MANY more! Tommee is thrilled to be working alongside such talented people and can't wait to hit the road, promoting his new album on the ?Beautiful Grace TOUR? (2010).

The Birth Of A King