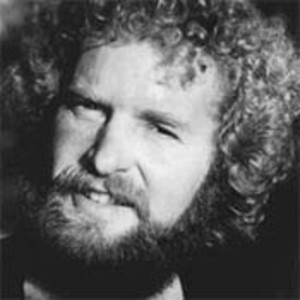 Tom Fogerty (November 9, 1941 ? September 6, 1990) was a musician who played rhythm guitar in Creedence Clearwater Revival, and was the elder brother of John Fogerty, the lead singer and guitar player in that band. Tom Fogerty began playing rock and roll in high school, just as John Fogerty did. He and his brother had separate groups. Tom's band, Spider Webb and the Insects, signed a recording contract with Del-Fi Records but broke up in 1959 before releasing any records.

Tom Fogerty began playing rock and roll in high school, just as John Fogerty did. He and his brother had separate groups. Tom's band, Spider Webb and the Insects, signed a recording contract with Del-Fi Records but broke up in 1959 before releasing any records. John's band, The Blue Velvets (AKA Tommy Fogerty & The Blue Velvets), began backing Tom, and eventually Tom joined John's band, and the group made three singles for Orchestra Records in 1961 and 1962, with Tom as lead singer. In the mid-1960s, the group was called The Golliwogs and recorded with Fantasy Records, with Tom and John sharing lead vocal duties. By 1968 the band was renamed Creedence Clearwater Revival, and John had become full-time lead singer and primary songwriter. During the few years of the life of Creedence Clearwater Revival, Tom sang back up vocals and wrote songs, but only one of his songs ("Walk on the Water") was recorded. This lack of opportunity, along with festering, longstanding animosity with his brother, led him to leave CCR in 1971.

After the band broke up, Fogerty began performing and recording solo. Although John played several guitar parts on Tom's solo-albums, they remained estranged. Tom was bitter at having his contributions overlooked. In the pre-CCR days, Tom had been singer, songwriter, and, generally, manager of the act. Tom Fogerty recorded with Fantasy Records in 1971, and his first solo album, "Tom Fogerty," reached #78 on the album charts. On this album, Jerry Garcia and Merl Saunders played on some of the sessions, and Stu Cook and Doug Clifford (CCR's former bassist and drummer), as well as John Fogerty, performed on the 1973 follow up album, "Zephyr National".

Throughout the rest of the 1970s and 1980s, Tom continued to record, and all former members of Creedence Clearwater Revival grew increasingly resentful and angry towards John Fogerty. John claimed all royalties and sued Fantasy Records; when Tom re-signed with Fantasy (effectively releasing an obligor (Fantasy Records, the deepest pocket) of joint liability and waiver of damages to his brother, an obligee), John broke from his brother famously and bitterly (viz. John Fogerty's "Vanz Kant Danz"). Tom lived comfortably in Scottsdale, Arizona for the remainder of his life, thanks to his Creedence royalties. He was an occasional surprise call-in guest on local radio station KSLX.

Tom Fogerty died of AIDS, probably due to blood transfusions during treatment for back ailments. He was 48 years old.

The Very Best Of Tom Fogerty