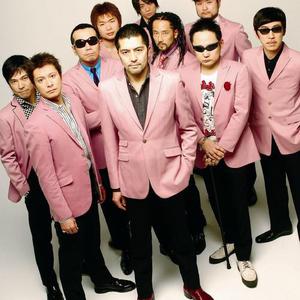 In the late 1980s, there was a band executing countless lives on streets and clubs of Tokyo?, their?name is TOKYO SKA PARADISE ORCHESTRA. Their dynamic yet absolute performance drew growing audiences, and so releases the first 12' vinyl record "TOKYO SKA PARADISE ORCHESTRA" from an indie label in 1989. The following year, gaining more and more fans, they make a major debut by the single "MONSTER ROCK," and its recorded album "SUKAPARA TOU-JYO.

With the combination of the roots ska and the borderless sound -"TOKYO SKA"- the band gradually conquers the reputation as one of the biggest names as live bands in the whole wide world.

In 1991, the band drew over 10,000 audiences at Japan's most prestigious venue, Nippon Budokan. Performing in major venues as well as small live houses, the band released 13 original albums and done over 1,500 live performances both in and out of Japan.

After the European release of the album "FULL-TENSION BEATERS" (2000.7,) in December 2000 the band toured 5 European countries and performed 11 lives in 12 days. Until the tour final countdown live in Berlin, they made every European skinheads hustle, inspiring the rock maniacs with their sound.

Starting from August 2001, the band releases 3 singles, all featuring guest vocalists. The recorded album "Stompin' On DOWN BEAT ALLEY" (2002.5) aced the Japanese chart in its first appearance. Then the band performed in numerous open air festivals, like Japan's massive summer event, Fuji Rock Festivals. In July 2002, having the featured vocalists as the show's guest, the group performed in front of 15,000 fans at another giant venue, Yokohama Arena full of 15,000 fans.

In November 2001, drummer Kin-Ichi Motegi joins the band after support playing for 2 years. This enabled the band to get hold of a free and powerful beat, and in March 2003, released the 11th original album "HIGH NUMBERS."?Like the last record, this too was well acclaimed and entered the Japanese chart in second place. After touring Japan (27 cities/ 34 stages) in the album named tour, from June 2003, the band sets off for a 90 days Europe tour. This was an enriching experience for the band, as in 26 days they visited 8 countries and performed 18 stages, some of which were the stages in major massive festivals like Glastonbury Festival in England and Eurockeennes in France.

In June 2004, the band executes the first US tour (7 cities/ 10 stages.) The band performed in "Bonnaroo Music Festival" as the first foreign artist, and from late August, takes off for the third European Tour (11 cities/ 12 stages.) Mostly playing at live houses, and also performing in Netherland's "LOWLANDS FESTIVAL," the band returns to Japan getting solid feedbacks. Returning home, the band executes a live gig at Yoyogi Daiichi Taikukan on October 22nd drawing over 10,000 audiences, and tours Japan across 23 cities performing 38 stages.

On March 9, 2005, the band releases the album "ANSWER" which is full of tracks that have been polished throughout the numerous lives. So although an original album, it sounds as if it is TOKYO SKA PARADISE ORCHESTRA's greatest hits collection.
After releasing "ANSWER," the band goes on an auditorium tour in Japan performing 29 stages, and then flies to Europe. This Europe tour visiting 8 countries of 18 stages included first encounters such as Spain (Madrid and Barcelona both sold out) and Denmark (Roskilde Festival.) Returning home, after appearing in Fuji Rock Festival '05, the band performs in Summer Stage '05, a free concert in New York Central Park that have been continuing for over 25 years. The band played much in open air festivals, living the days like a pure and simple live band.

Starting from December 14th, 2005, the band again features guest vocalists and release 3 singles. On June 7th, the band releases the album "Wild Peace" and sets off on a tour from July. This "Wild Peace Tour," including the stages in Vietnam and the touring in Europe, counted to 70 lives in 5 months, and results as the largest and longest tour ever in the band's history. Having the featured vocalists as guests of the tour's final stage at Saitama Super Arena on January 14th, 2007, the band pulled up to 15,000 people. Their performance, developed through thousands of live stages, was greatly acclaimed by affiliates and audiences.

On March 21st, 2007, a best album was released which records the tracks after transferring to Avex. "SMILE," a documentary movie of the tour of latter 2006, was out on March 31st. On the other hand, an European tour starting late June is scheduled, and will appear in giant events like Montreux Jazz Festival and Eurockeennes.

Diamond In Your Heart