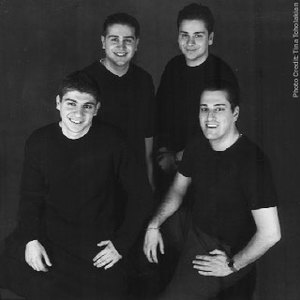 Established in 1997, the Aravod Ensemble (Aravod meaning ?morning? or ?dawn?) is based in Philadelphia and southern New Jersey. The ensemble's mission is to spread the joy and festive atmosphere that is inherently associated with Armenian dance music. Through the medium of vibrant live performances, complemented by insightful and unique musical interpretations, Aravod stands out as one of the most exciting and dynamic ensembles performing today.

In addition, the ensemble's members view their music and their work as a form of cultural preservation, and strive to perform Armenian and Middle Eastern song in the most authentic and accurate manner possible.

The group's vast and unprecedented repertoire is truly diverse. It includes songs composed, sung and performed by our ancestors of hundreds of years ago, music preserved and revered by Armenian Diaspora communities, as well as contemporary music not typically associated with traditional Armenian ?Kef? ensembles.

The ensemble's influences are as diverse as their repertoire, spanning traditional Armenian Folk and Dance, Middle Eastern ?Kef?, Modern Armenian Continental/Estradayin and Rabiz, Arabic, South Asian, Latin, Rock, Blues, Jazz and Western classical music. Aravod is the only Armenian group in the country to be equally adept at performing traditional and modern Armenian dance styles. Aravod has performed from coast to coast throughout the United States, Canada, and England