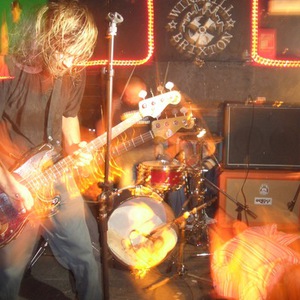 There are two artists with the name "Todd." The first is a singer-songwriter from the late 70's who released an album of heartfelt songs and sold them at his senior prom. The other is a sludgey, brutal noise rock from London via Texas. Will please fans of Part Chimp, Butthole Surfers, Sonic Youth, Boris. Todd - With Love... From Me To You (1979) And he did try to sell his albums at his senior prom, believe it or not: unsurprisingly a wallflower for most of his high school career...

And he did try to sell his albums at his senior prom, believe it or not: unsurprisingly a wallflower for most of his high school career, he decided to debut the album at the last formal school event and set up a booth somewhere near the buffet table so his classmates could finally see the real him. (The reception was frosty at first - you could probably determine anyone in Todd's class's social standing by how far away from him they were able to sit.) Sales were slow all night, but during the awards portion of the prom the prom king and captain of the football team took time out from receiving his own award to nominate Todd for "Most Likely to Be Selling His Album in 20 Years". Then, in a moment out of one of John Hughes' wet dreams, the entire class saw both Todd and the jock for what they truly were, flooded Todd's sales booth, and bought out the entire run. YOU'VE GOTTA LOVE SPORTS