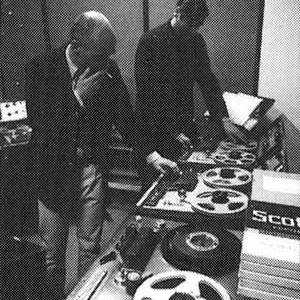 Tod Dockstader (born May 22, 1932 in Saint Paul, Minnesota) is an American composer of electronic music, and particularly musique concr?te. He studied painting and film while at the University of Minnesota, before moving to Hollywood in 1955, to become an apprentice film editor. He moved into work as a sound engineer in 1958, and apprenticed at Gotham Recording Studios, where he first started composing.

Dockstader's first record, Eight Electronic Pieces, was released in 1960, and was later used as the soundtrack to Federico Fellini's Satyricon (1969). He continued to create music throughout the first half of that decade, working principally with tape manipulation effects. In 1966 Owl Records released four albums of his work from this period including what many consider to be Dockstader's masterpiece, Quatermass.

After achieving modest recognition and radio play alongside the likes of Karlheinz Stockhausen, Edgard Var&egrave;se, and John Cage, Gotham Studios shut down and Dockstader found himself without access to recording facilities. He applied to a number of established electronic music institutions but was rejected from them for his lack of academic experience in the field. Notably, he received separate rejection letters from both Otto Luening and Vladimir Ussachevsky at the Columbia-Princeton Electronic Music Center. He moved instead into audio-visual work, producing filmstrips and videos for use in schools. Dockstader returned to music at the start of the 21st century, adopting computer composition in favor of tapes.