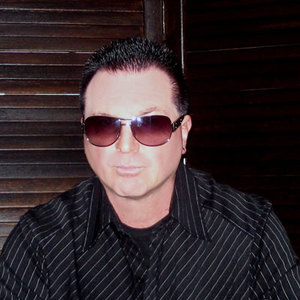 Tj became interested in pursuing studio work at age eighteen. Just out of high school, he began recording for many name artists for Motown (Hitsville) and Solar records (Shalamar) along with world tours and recordings for Belinda Carlisle (from the Go-Gos), Charlie Sexton, Hiroshima, Three Dog Night, Gary Wright (Dream Weaver), and many other live shows in support of recording projects. He has also done T.V. and film dates and voiceovers for many well known entertainment clients.

After leaving his duties as a side man he put together a band and played many shows as "Tj Parker", and he has opened for some well known acts via the Santa Barbara Bowl through his good friend Sam Scranton (general manager of the Bowl). The acts include Michael McDonald, Jackson Brown, David Crosby, Brian Setzer, Buddy Guy, and Little Feet.

Tj Parker also had a long running stand at the world famous Light House In Hermosa Beach and Caf? Boogaloo. This helped in developing his live performance skills along with a faithful following and an acute sense of what could move his audience to a soulful place with his guitar, vocals and song composition.