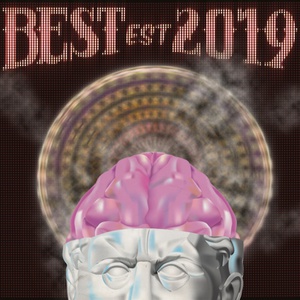 Live from ?The End? - the band's Kensington Market basement studio - Times Neue Roman rock with a general tone and attitude of teenage immortality. Comprised of an award winning poet, Arowbe Arowbe Arowbe (Robert Bolton) and composer, Alexander The, TNR's peerless ?one of one' sound has been dubbed ?nintendo-punk-rap? by supporters. This year was the pre-party. In less than six months since their June 2008 debut at the Vancouver Art Gallery's FUSE event (attended by thousands)...

This year was the pre-party. In less than six months since their June 2008 debut at the Vancouver Art Gallery's FUSE event (attended by thousands), Times Neue Roman has gone on to play everywhere from Blue Dog and SAT in Montreal to a sold-out EP release party at The Drake Hotel in Toronto. Despite being welcomed into these established venues, the band has built a reputation for taking to the streets, performing at basement jams, rooftops, auto-garages and out the back of a U-HAUL truck.

While TNR's music seems to break every rule of song writing and conventional structure, its popular potential is confirmed by recent placements on TV series including CSI: Las Vegas, A&E's The Cleaner and MTV Presents: Summer Sessions.

Next year is the launch party. As Times Neue Roman develops a live show that will utilize theatrics, live visuals and all of the bangers their fans are used to getting loose to, they are also constantly making new material for their full-length LP and numerous side-projects. With songs covering such subject matter as "music and math, glamour and glitch, sound and silence,? Times Neue Roman's vigorous production and equally hype live show never fail to keep minds thinking and dance floors thumping. See you at the after party.

Times Neue Roman's To Die EP is available now on iTunes and other online music stores.