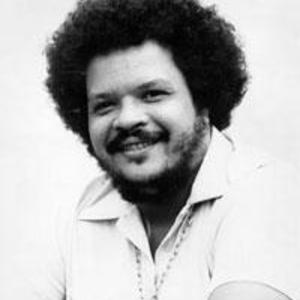 Sebasti?o Rodrigues Maia (September 28, 1942 ? March 15, 1998). Was a Brazilian musician known for his iconoclastic, ironic, outspoken, and polemical (but always humorous) musical style. He was also known for his habit of lightheartedly missing appointments and even important gigs. Maia performed in a variety of musical genres, ranging from happy and energetic dance music to sentimental songs such as his hit "Me D? Motivo". He performed soul music, funk, bossa nova (in the 1990s), romantic songs, American pop, samba, bai?o, and M?sica Popular Brasileira.

Was a Brazilian musician known for his iconoclastic, ironic, outspoken, and polemical (but always humorous) musical style. He was also known for his habit of lightheartedly missing appointments and even important gigs.
Maia performed in a variety of musical genres, ranging from happy and energetic dance music to sentimental songs such as his hit "Me D? Motivo". He performed soul music, funk, bossa nova (in the 1990s), romantic songs, American pop, samba, bai?o, and M?sica Popular Brasileira.

Maia started to write his earliest songs at eight and at 14, as a drummer, he formed the group Os Tijucanos do Ritmo, which lasted one year. He then took guitar classes and was soon teaching children in the neighborhood of Tijuca, in Rio de Janeiro, including the Matoso gang (Maia, Jorge Ben, Erasmo Esteves, later Erasmo Carlos, and several others), named after the street where they used to hang out.

In that period, Maia was the guitar teacher of Esteves and when Roberto Carlos joined the gang in 1958, he also took classes with him. Maia, Carlos, and Esteves (together with Edson Trindade, Arl?nio L?vio, and Jos? Roberto "China") formed the group The Snakes (later The Sputniks), playing balls and performing on television (including on Carlos Imperial's Clube do Rock on TV Continental, where Carlos was already a regular). The group was soon dissolved due to incompatibility between Carlos and Maia.

After his father's demise in 1959, Maia won a scholarship to study communications in the United States, where he lived for four years. There he started as a vocalist, having joined the Ideals, but in 1963, he was arrested for possession of Weed.

Jailed for six months and then deported to Brazil, he did not find any warmth on the part of his old comrades Esteves and Carlos, who were beginning to enjoy the massive success of Jovem Guarda, which would get a grip on the entire country in a few years. Moving to S?o Paulo, he had some support from Os Mutantes instead. Having recorded in 1968 his first single with his compositions "Meu Pa?s" and "Sentimento," he became more visible after 1969 when he launched his "These Are the Songs," which was re-recorded by Elis Regina in the next year, in duo with him and included on Regina's Em Pleno Ver?o.

In the 1970s, Maia started to record albums and perform shows promoting his synthesis of American soul and Brazilian music with elements of samba and bai?o. The movement gradually took the working-class suburbs of the north side of Rio de Janeiro, exploding in 1976 with the black movement.

In 1970 Maia recorded his first full-length LP, Tim Maia, which included the classics "Azul da Cor do Mar", "Coron? Ant?nio Bento", and "Primavera", and topped the charts for 24 weeks in Rio de Janeiro. His first four albums were all self-titled. Next year's Tim Maia had other hits including "N?o Quero Dinheiro (S? Quero Amar)" and "Preciso Aprender a Ser S?". His fourth album, released in 1973, included "R?u Confesso" and "Gostava Tanto de Voc?".

Maia founded two record labels: Vit?ria R?gia Discos and Seroma. Through the latter he released the albums Tim Maia Racional, Vols. 1 & 2, both with songs about the knowledge contained in the Rational Culture, in the book Universo em Desencanto (Universe in Disenchantment). Although these albums were not well-received at their time of release, they are now regarded as classics and saw re-release in 2005. In 1978 Maia had one of his biggest hits, "Sossego," and another success with "Acenda o Farol," both launched on Tim Maia Disco Club.

In 1990 he interpreted bossa nova classics on an album released through his label Vit?ria R?gia that wasn't noticed, the LP Tim Maia Interpreta Cl?ssicos da Bossa Nova. After a period of poor presence in the media, he was again on top after being mentioned by Jorge Ben Jor's "W/Brasil" in 1993. In the same period, Maia had another hit with his re-recording of "Como uma Onda" (Lulu Santos/Nelson Motta) for a television advertisement.

At the same time, he withdrew from majors, recording his next albums through Vit?ria R?gia, including What a Wonderful World (1997), where he recorded American pop/soul classics, and Amigos do Rei/Tim Maia e Os Cariocas, with the famous vocal group. Obese and in bad health, in March 1998 he was performing at the Municipal Theater of Niter?i when he became ill. Hospitalized, he died few days later. Tim had suffered from many health problems which includes Diabetes, Acute Hypertension, Obesity and Pulmonary Embolisim. In 1999 he was paid tribute in a show by several M?sica Popular Brasileira artists. The show was launched on CD and DVD. In 2000 he had another tribute, also released in CD.

The Existential Soul Of Tim Maia

What A Wonderful World