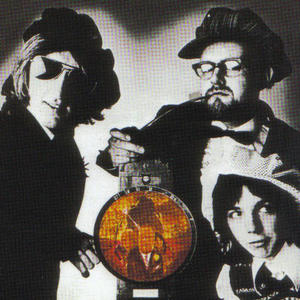 Thunderclap Newman were a British one-hit wonder band that Pete Townshend of The Who and Kit Lambert had formed circa December 1968 - January 1969 in a bid to showcase the talents of John "Speedy" Keen, Andy "Thunderclap" Newman and Jimmy McCulloch. Their single, "Something in the Air", a 1969 UK Number One hit, remains in demand for television commercials, film soundtracks, and compilations. The band released a critically acclaimed rock album, Hollywood Dream,[1] and three other singles (which appeared on the album): "Accidents", "The Reason", and "Wild Country."

Their single, "Something in the Air", a 1969 UK Number One hit, remains in demand for television commercials, film soundtracks, and compilations. The band released a critically acclaimed rock album, Hollywood Dream,[1] and three other singles (which appeared on the album): "Accidents", "The Reason", and "Wild Country."

From 1969 until 1971, the nucleus of the band consisted of songwriter John "Speedy" Keen (vocals, drums, guitar); Andy "Thunderclap" Newman (piano); and Jimmy McCulloch (guitar). Pete Townshend (alias Bijou Drains) of The Who played bass on their album and singles, all of which he had recorded and produced in IBC Studio and his Twickenham home studio. The band augmented its personnel during its tours: in 1969, by James "Jim" Pitman-Avery (bass) and Jack McCulloch (drums); and in 1971, by Ronnie Peel (bass) and Roger Felice (drums). The band folded in April 1971 and was resurrected by Andy Newman and his colleagues circa 2007.

So many bands have been hauled out of obscurity to be tagged the greatest secret you've never been told. Thunderclap Newman are one of the few who actually deserve that epithet. John "Speedy" Keene was an old crony of the Who, and had written "Armenia City in the Sky," which appeared on The Who Sell Out LP. The unlikely Andy Newman played terrific pub-style piano and looked much like a postal clerk, which in fact, he was. Jimmy McCulloch, the guitarist, looked to be a mere teenager, and so he was. It was this combination, plus the production efforts of Pete Townshend, that offered the album, Hollywood Dream. As the now-classic single, "Something in the Air" had long preceded it, the album delivered the goods in a similar fashion, fueled by Keene's reedy vocals and Newman's charming honky-tonk piano. Hollywood Dream has remained an anglophile fave; sadly, it was to be Thunderclap Newman's only album. Even if you own the original LP, make sure to check out the recently expanded edition of the compact disc.

All these years, and all these accolades later, it still seems incredible that Hollywood Dream meant nothing at the time of its release; that America let it drift no higher than Number 161; that the U.K. did not even give it a hearing. Less than a year before, after all, "Something in the Air" was topping charts and readers' polls alike, and Thunderclap Newman were as close as Christmas to becoming the new Beatles. Instead, they weren't even the new Badfinger, and this exquisite LP withered on the vine. What a difference 20 years make. Reissued in 1991, Hollywood Dream had been utterly transformed by the admiration of so many subsequent listeners, to stand alongside any lost classic you could mention, among the finest albums of its psychedelic generation. "Something in the Air," of course, has never lost its hold on our hearts, but there was so much more to Thunderclap Newman and, across the 12-track original album, and half-a-dozen bonus tracks, the trio's genius is inescapable. For those "in the know," who had treasured their scratchy old Atlantic label vinyl, the real meat lay in the latter, as all three of Thunderclap Newman's original 45's joined their album brethren, together with their non-LP B-sides. "Something in the Air," fussed up for the LP, reverts to its original emphatic punch; "Accidents" is pruned from a shade under ten minutes to a little over three; and the piping "The Reason" (an odd choice for a single in the first place) sounds like a role model for every record Supertramp ever made. The real gem, however, is "Wilhemina," which sounds like a daft piece of rhyming doggerel set to a nursery tune, but also packs one of the most dramatic psych guitar solos this side of your favorite Who record. Producer Pete Townshend must have been astonished. As will you be, too, if all you've ever heard is the hit.