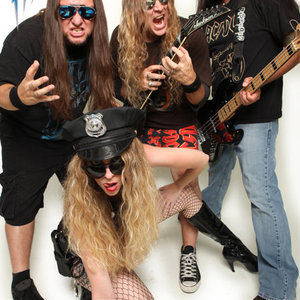 American guitarist Randy Weitzel recently departed extreme metal act FLATLINE only to begin self-producing his own THREE THIRTEEN project's debut studio effort entitled Full Tilt, which is essentially a tribute of sorts to a musical era that helped shape him into one of underground metal's most respected guitar players. Make no mistake: Weitzel is a child of the 70's who - like so many from that era - were deeply affected by the rocking institutions of legendary bands like KISS, JUDAS PRIEST, and AC/DC.

Despite his leaving FLATLINE, a highly touted underground metal act, Weitzel - not one to rest on his past laurels - is prepared to keep on rocking, no matter what the cost...THE METAL DEN