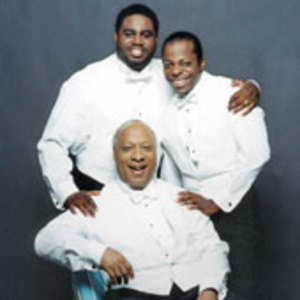 The tenors of THREE MO' TENORS are men who have developed a musical repertoire with extraordinary breadth. Like Olympic decathlon athletes, these classically trained, multi-talented operatic tenors can do it all! They have mastered not only operatic music, but also jazz, gospel, soul, spirituals, New School, Broadway and the blues as well. Conceived and directed by the highly acclaimed veteran Broadway performer, choreographer and director --Marion J.

Conceived and directed by the highly acclaimed veteran Broadway performer, choreographer and director --Marion J. Caffey -- THREE MO' TENORS has captivated audiences since 2001, when RCA released the original live recording of the show and when it was televised by PBS' ?Great Performances.?

THREE MO' TENORS showcases the incredible versatility of African-American tenors. It starts with classical opera and goes on to feature seven more musical styles that span four hundred years of music -- all in one entertaining evening.

THREE MO' TENORS is about more than just three men. It is a story about the history and the future of exceptional Black tenors who deserve to be heard.

Because of the extraordinary vocal demands of the show, THREE MO' TENORS features two equally exceptional casts taking the stage, three at a time in alternating performances.

THREE MO' TENORS has already introduced eleven African-American tenors to enthusiastic audiences -- and as long as there are more undiscovered Black tenors waiting in the wings, THREE MO' TENORS will be here to tell their amazing story.

A Taste of Three Mo' Tenors: Live in Chicago