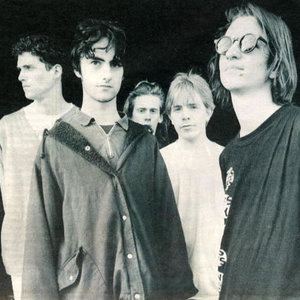 Thousand Yard Stare were a British band from Slough, Berkshire active during the early 1990s. Widely regarded as their finest hour was the Seasonstream EP on Stifled Aardvark Records in 1991, which also featured Martin Bell of The Wonder Stuff on fiddle. They released two full studio albums (Hands On and Mappamundi), both of which were produced by Stephen Street, who produced records for The Smiths and Blur, among others.

Stifled Aardvark was the name of the bands own record label, with the Seasonstream EP being the bands last independant relase on their own label. Subsequent singles & albums were released by Polydor. Both the 'Easter 89' and 'Tumbletown' EP's were demo tapes made up by the band and sold at gigs prior to their first official release, the 12" vinyl only 'Weatherwatching EP'.