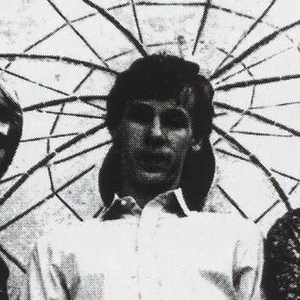 Thorinshield is sometimes labeled a sunshine pop band by collectors, but though they share some traits with Californian sunshine pop artists, they had a more straightforward, less lightweight rock flavor than many acts given that label. On their sole, obscure, self-titled album (from 1968), the influences of the melodic rock and vocal harmonies of the 1966-1967 Beatles are evident, as are some of the ornate orchestration, production trickery, and trippily optimistic-romantic lyrics that were becoming in vogue throughout much pop music by the late '60s.

To some degree, the influence of the slicker folk-rock-affiliated Southern Californian artists can be heard as well, along with dashes of baroque melody and instrumentation. It was a reasonably pleasant, good-natured record, and certainly well produced (with vocals that were much less fluffy than the usual sunshine pop), but the material isn't strong enough to hold up with the better artists with whom they share some similarities.The trio comprising Thorinshield was formed by drummer Terry Hand (who had been in the Everpresent Fullness), guitarist James Smith, and bassist Bobby Ray, who'd been a session musician on Donovan's classic 1966 Sunshine Superman album. (Indeed, the Donovan influence was quite prominent on a couple of the better Thorinshield tracks, "One Girl" and the non-LP single "Family of Man.") Their album was produced by top L.A. session saxophonist Steve Douglas, with arranger Perry Botkin, Jr., also contributing. The LP didn't make any waves, however, and the group broke up after the subsequent non-LP 45 "Family of Man"/"Lonely Mountain Again." Terry Hand joined another little-known psychedelic pop group, the Moon, and Bobby Ray made a solo album in 1970, Initiation of a Mystic. The Thorinshield album was reissued on CD in 2006, with the addition of the two songs from the non-LP single as bonus tracks.