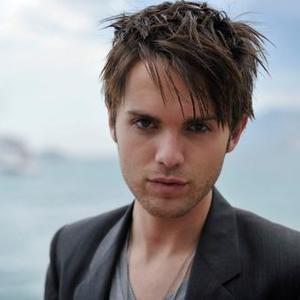 Thomas Dekker comes from a deeply artistic, intensely European upbringing. His mother, a concert pianist and his father, a painter/opera singer. As a child, he and his parents moved around the world almost continuously, spending time all over the United States, Europe, Canada, and a series of islands including Tahiti and Grand Cayman. No matter how the environment was changing, music was the constant in his family and life.

At the age of five, Thomas landed a singing gig for a commercial which led to a young acting career, during which he has appeared in numerous televison series and films, a position he still carries today. But it was always music that was Thomas' first passion and prime directive in life.

While living in an area of Canada that experienced extremely harsh weather conditions in the winter, Thomas became a "nature obsessed recluse" who at age ten, began writing pieces of classical music by humming different instrumental layers into a loop/playback track dictaphone. "I was raised almost entirely on dramatic classical music like Chopin, Beethoven and Shostakovitch. It was my main focus when I started writing songs." By the age of fifteen, enrolled in a homeschooling program, Thomas landed a record deal, which after working on eight songs with producers, Thomas would walk away from, believing he was contributing little more than lyrics to the project and that his true musical vision was being altered by his collaborators.

At the age of sixteen, Thomas began writing and producing songs entirley by himself that infused the drama and musical intircacies of classical with the sound scape and aesthetics of electronica. "The only way I can really think to describe my music, is a kind of "electrofolk". Songs that have a traditional melodic and chord structure, often telling stories, but technically supported by electronica. I guess I'm trying to harness nature and technology in a symbiotic way." He would go on to build his own home studio in the desert town of Palmdale, CA. where he would write, record, produce, mix and master all eleven tracks for his first album "Psyanotic". "Psyanotic is really an introduction to myself from myself in many ways. It's a little bit of a private album, I think. I'm kind of keeping a lot of my opinions on things outside of myself a secret still." The album is in negotiations with record labels right now.

As well as maintaining a busy acting career, Thomas is near completion on his second album titled "Protean" which he does not plan to release for quite some time, even though it is near completion. Reticent to discuss it in much detail..."Protean is about embracing all sides of yourself and all sides of being human. Both in spirit and in society's expectations and this versatillity is played out very overtly in the the genres of the music, kind of to make an in your face point...but...oh boy, I've already said too much..." - RQ1