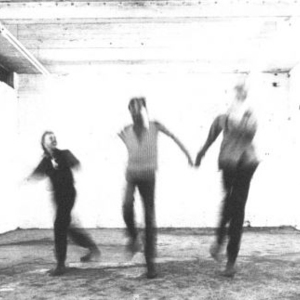 Their first radio airplay came from legendary DJ John Peel, to whom they sent a demo tape (recorded in a disused meat factory known as Cold Storage) in early 1977. During this time, they also recorded a session with Ghanaian musician Mario Boyer Diekuuroh, parts of which later appeared on a 1982 split cassette with Albert Marcoeur, released by the French experimental rock magazine TAGO MAGO.

Their self-titled debut album was recorded between February 1976 and September 1978, and surfaced in August 1979. It was characterized by heavy use of tape manipulation and looping, combined with more traditional instrumental performance, to create dense, eerie, electronic soundscapes and dub-inflected experimental rock. Also released in this period was an EP, Health & Efficiency, which foreshadowed the more rock-oriented sound of Deceit (1981), the band's second and final album. Produced with help from reggae mixer Martin Frederick, Deceit found the band incorporating more influence from punk rock, and consolidating the world music influences in their work. Although, like all of This Heat's releases, it sold poorly, Deceit is now seen as a classic of the post-punk era, on par with Joy Division's Closer or Public Image Ltd.'s Metal Box.

This Heat split up in 1982 after a final tour with new members Trefor Goronwy and Ian Hill following Williams' departure. Hayward went on to form Camberwell Now with Goronwy and former This Heat soundman, Stephen Rickard, and remains active musically with groups including Fred Frith's Massacre. In 1993 a new album of previously unreleased This Heat recording was unearthed. Repeat featured three long tracks, including the title track - a 20 minute remix of "24 Track Loop." Out of Cold Storage - a box set of all the band's official recordings - was released in June 2006 on This is!, a Recommended Records sub-label set up by Charles Hayward and Charles Bullen to re-release This Heat's back catalogue. It comprises This Heat, Deceit, Health and Efficiency, Made Available - a compilation of the band's Peel Sessions - and Repeat, plus Live 80/81, a CD of concert recordings.

Gareth Williams later formed Flaming Tunes with Mary Currie and released a cassette of new material in a much softer style than that of This Heat. He died in late 2001.

Out Of Cold Storage