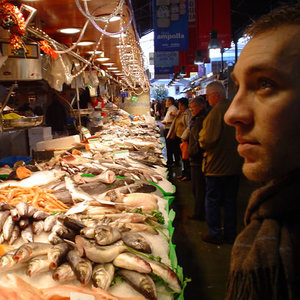 Thirty Pounds of Bone "There is much to savour on this accomplished collection of plaintive laments, of which the title track and drone like uyeasound are exceptional." Matt Yates Q magazine. "With its tattoo-style artwork depicting a storm-tossed sea, and snapshots of the band in archaic suits clutching pints of Guinness, it's clear that this album isn't going to fit the clich?s of many of the recent 'weird folk' trends.

"There is much to savour on this accomplished collection of plaintive laments, of which the title track and drone like uyeasound are exceptional." Matt Yates Q magazine.

"With its tattoo-style artwork depicting a storm-tossed sea, and snapshots of the band in archaic suits clutching pints of Guinness, it's clear that this album isn't going to fit the clich?s of many of the recent 'weird folk' trends. It's not 'pastoral', 'rarefied', 'fragile', nor obviously psychedelic, and it's absolutely not beholden to Nick Drake. There are some electronic keyboards and string sounds here; despite that, though, this is robust, timeless-feeling trans-British folk music, reflecting the travels ? as related in the sweetly autobiographical *Uyeasound* ? of Devon-born, Shetland-raised, Brighton-dwelling songwriter Johnny Lamb. The spirit of the Pogues looms large in the romantic *Drinking With McGee*, and King Creosote's domestic narratives are evoked in the slower songs like the title song and *Trawler Trash*. TPoB have a character all their own, though, and there's a big-hearted muscularity to these songs that makes you return to them like good drinking buddies." WORD magazine.

"Folk is a music type that has been bastardised more than any other over the years. There's anti-folk, electro folk not to mention all the different regional and cultural varieties that crop up on the more obscure stages of the Glastonbury festival. Essentially, folk music should be heartfelt, honest and an expression of your roots, and Thirty Pounds Of Bone deliver with this wonderful record. ?Homesick Children?' is terrifically organic and intricately layered as lead singer and chief songwriter Johnny Lamb takes us on a trip from the wilds of the Irish grasslands to the picturesque bays of the Cornish coasts. Tracks like the beautiful ?Uyeasound' and the rawkus ?Drinking With McGee' transport you to simpler times." NEWNOISE.NET

"This stuff is a radical departure from the dreamy crunch of his 'day job', reflective of his rootsier influences. Artists such as The CLANCY BROTHERS, The POGUES, NICK CAVE, The DECEMBERISTS, The HACKENSAW BOYS, WILL OLDHAM and ALASDAIR ROBERTS inform these new songs, the first collection of which - The Homesick Children of Migrant Mothers - will be released soon on the Drift Collective. Johny records alone at home with a mountain of instruments, describing his sound as an 'unprofessional mish-mash', but he is modesty personified considering the result is beautiful, dark, skeewif folk with the ramshackle element he means by this. so a little piece of Brighton musical history. we are delighted to welcome them. Top stuff." GILDED PALACE OF SIN

"Thirty Pounds of Bone is one man ? Johny Lamb, co-founder of Drift Records and standard bearer for all things lo-fi in this shiny, chrome-plated 21st century. He plays just about every instrument himself and records his dark folk lullabies in his home studio on a tape machine made from string and bits of plankton, we'd assume. On the plaintive, beautiful "Uyeasound", a lament for love and living, Lamb's tender vocals are neatly offset by minimal drones, haunting trumpets and the faraway thud of a big bass drum. The title track is no less effective: three minutes of string-swept melancholia clearly recorded at the bottom of a bottle. Joyous moments might be few, but they stand out, such as on acoustic instrumental teaser "Trawler Trash" and album closer "Waves for Ketches" ? the latter wigging out to polyphonic harmonics and Spiritualized-esque distortion." FLAVOURPILL