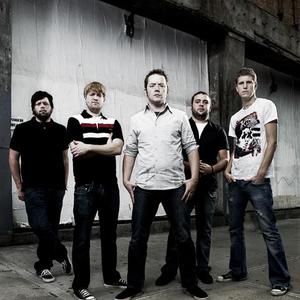 Tackling issues of friendship, loss, remorse, and ultimately hope, These Green Eyes evoke a far more visceral variety of emotion on their breakthrough disc Relapse To Recovery, boiling down five years of trials and tribulations as a unit, culminating with the tragic and unexpected loss of a close band friend to suicide. The seeds of These Green Eyes were planted in 2003, when drummer Mark Brundrett, guitarist Greg Mauro and bassist Zach Braz met in high school and, based on their shared love of music, decided to create some together.

The seeds of These Green Eyes were planted in 2003, when drummer Mark Brundrett, guitarist Greg Mauro and bassist Zach Braz met in high school and, based on their shared love of music, decided to create some together. After months of experimenting with a revolving door of members, a basic lineup coalesced?with the exception of a vocalist. Enter Colin Cunningham, a friend's brother with the heart of a poet and an impressive set of pipes. Accepting the invitation to play a single show (at which he made up lyrics on stage), he continued showing up for practice and the band stopped looking for a singer.

With a solid lineup in place, the band wrote and recorded a six-song demo and pursued a bona fide recording session with producer John Naclerio (Brand New, My Chemical Romance, Senses Fail). With four professionally recorded songs in hand, the band was passed up by the local labels they approached. Undaunted, they went on tour to disseminate the EP. The band's friend JR (from Less Than Jake) felt the record deserved a wider audience and helped them get posted on the main page of PureVolume, where ? just one year after fomenting their lineup ? they were the second most listened to artist after Fall Out Boy.

Propelled by the exposure, more fans began showing up at shows in remote areas, fueling the boys to write and record more material for a full-length release. After six months on the road, they returned to the studio with Naclerio to record seven additional tracks, completing what would become their debut, House of Glass.

Throughout 2006, These Green Eyes became road warriors, sharing bills across the country with Fall Out Boy, New Found Glory, The Academy Is?, The Higher, Less Than Jake, Hidden In Plain View, Silverstein and Gym Class Heroes.

In 2007, the band recorded two new sets of demos, one with old partner John Naclerio, and one with new friend Rob Freeman (formerly of Hidden In Plain View). The new material cemented a deal with newly-christened indie label Blackledge Music.

With Blackledge now on board, These Green Eyes secured recording time with uber-producer Brian McTernan (Thrice, Circa Survive, Senses Fail, The Explosion, Hot Water Music) at his Salad Days compound in Baltimore in the early spring of 2008. During recording, the band's lineup shifted, resulting in the addition of longtime friend and tour mate Jeff Krenn on guitar.

The McTernan sessions resulted in the birth of eleven driving and melodic anthems which cohere as the triumphant record, Relapse To Recovery. Varying from a world-weary worldview (opener "At The End") to high octane vendettas (the scream-along chorus of "Sucker Punch") to ruminations on the loss of friendship (the wistful closer "Time Of Our Lives"), These Green Eyes have channeled their punk, post-hardcore, and arena rock influences into an anthemic wall of sound that's all their own.