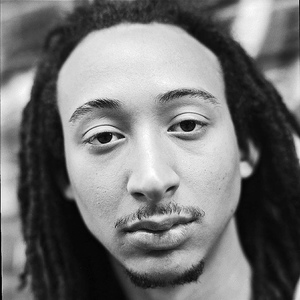 At 24 years old, trumpeter, arranger, and composer Theo Crocker has already distinguished himself as a vital force in the jazz community. As the grandson of Doc Cheatham, Theo's legacy is profoundly felt when he plays. His musicianship possesses a depth that can usually only be achieved through a lifetime's worth of experience. In the spring of 2006, Theo received the Presser Music Foundation Award.

With this grant, Theo recorded his first album The Fundamentals in New York City with his band The Theo Croker Sextet. Each band member is equally as impressive as the next. All in their early 20s, they define the ambitious and highly skilled lions of this generation. Theos album includes 10 tunes all of which he composed and arranged. Theo has performed with many legendary musicians such as: Wynton Marsalis, Jimmy Heath, Wendell Logan, Donald Byrd, Gary Bartz, Jon Faddis, Nicholas Payton, Frank Wess,Louis Hayes, Ellis Marsalis, Jimnmy Owens, Roy Hargrove, Eric Lewis, Regina Carter, The Lincoln Center Jazz Orchestra, Clark Terry, Henry Butler, Slide Hampton, Bill Lee, Frank Foster, Marcus Belgrave, Wycleff Gordon, Roscoe Mitchell, Robin Eubanks, and many others.

Of Theo Wynton Marsalis says. "He has the tools, the intelligence, the ability and the talents. The future looks bright for Croker."

Marcus Belgrave states, Theo Croker is one of the most promising and creative trumpeters on the horizon today and is also one of the most energetic artists I have ever encountered.

Theo knew that he would be a trumpet player from the moment he picked up his first horn at the age of eleven. At the age of 16, Theo moved out of his home and relocated to Jacksonville, FL on his own. In Jacksonville, he continued his high school education at The Douglas Anderson School of the Arts, a school recognized for its dedication to young artists. Theo quickly made a name for himself in Jacksonville and stood out amongst his peers. Theo was appointed the first artist in residence at The Ritz Theater in 2003 through 2004 where he was commissioned to compose works and lead The Theodore Croker Big Band, The Theodore Croker Septet, and The Ritz Voices, a choir comprised of 80 individuals.

Theo will be graduating in May 2007 from the Oberlin College Conservatory in Oberlin, Ohio with a concentration in Jazz. Under the guidance of legendary trumpeter Marcus Belgrave, as well as Wednell Logan, Gary Bartz, Billy Hart, and Robin Eubanks, Theo has made a significant contribution to the Oberlin Jazz community as a leader and teachers assistant. He has also established a following in the greater Cleveland area. In the midst of his studies, Theo has performed professionally with legendary artists such as Louis Hayes and his Cannonball Adderley Tribute Quintet in 2004 at Dizzys Club Coca Cola at Lincoln Center. He was a featured artist at the 2005 JVC Jazz Festival at Jazz at Lincoln Centers Rose Hall, sharing the stage with jazz legends Clark Terry, Jimmy Heath, Frank Wess, Benny Powell, and others. He was also a featured artist at the 2005 Windsor Jazz Festival, the 2005 Aspen Snow Mass Festival at the Wheeler Opera House, feature performer for the 2005 Highlights in Jazz series at the Tribeca Center for Performing Arts in New York City, special guest with Nicholas Payton at the 2005 New Orleans Jazz Festival, amongst many other performances. Theo has also been a member of the Oberlin Jazz Ensemble and Jazz Septet, which is a group personally chosen by Oberlins Jazz faculty.

He was recently chosen as a finalist in the 2006 John Lennon Songwriting Competition in the Jazz category. His unrelenting desire to grow as an artist has taken Theo into the realm of other genres. In addition to his love for Jazz music, he writes and produces hip hop, rap, contemporary classical, as well as many other forms of music