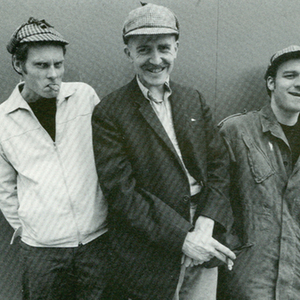 Thee Headcoats was one of the various band monikers assumed by garage rock primitive Billy Childish (aka Bill Hamper), a native of The Medway Towns, Kent, England. Over several decades ? and regardless of the fashion of the time ? Childish has churned out no-frills garage rock, the likes of which saw a resurgence in hipness in the new millennium with groups such as The Hives and The White Stripes.

The ultra-prolific bandleader/producer/poet/painter/publisher first emerged in 1977 with punk group The Pop Rivets. In 1980, the Pop Rivets spit and Billy Formed The Milkshakes (aka Thee Milkshakes or Mickey & the Milkshakes). The band was remarkably prolific, releasing no fewer than seven albums in 1984 (four of them on the same day). Shortly thereafter, Childish moved on to the similarly minded Thee Mighty Caesars. In the late '80s, Childish formed Thee Headcoats ? a trio that included Pop Rivets guitarist, Milkshakes/Mighty Caesars drummer, Bruce Brand ? and remaind Childish's primary outlet for his more accessible, straight-up rock & roll untill 2000, when he formed The Buff Medways. There was a 'girl' version of the group called Thee Headcoatees (comprising of members of The Delmonas and including Holly Golightly, who went on to her own successes and Kyra La Rubia and Bongo Debbie [who together later went on to form The A-Lines along with Julie Hamper from The Musicians Of The British Empire] and Ludella Black ). To add to the confusion, Thee Headcoats also released piss take cover versions of Clash songs under the name Thee Stash: Should I suck or should I blow? C/W Selling Jeans For The USA

As of 2000, Thee Headcoats were Childish's most prolific outlet (no small accolade). The group played its final gig that year at London's Dirty Water club. Billy Childish Now Plays in his group The MBE's (The Musicians of The British Empire).

I Am The Object Of Your Desire

Brother Is Dead... But Fly Is Gone!

17% Hendrix Was Not The Only Musician

Knights Of The Baskervilles

In Tweed We Trust