The Years Gone By 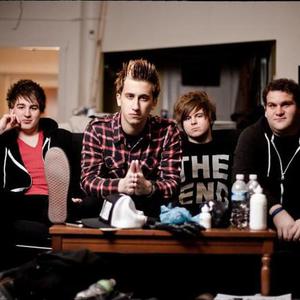 The Years Gone By was a four piece pop punk band. The band consisted of - Nickolas Madore (Vocals/Guitar), Mike Polimine (Guitar), Louis Dobrolsky (Drums) and Will Johnston (Bass). The band was created and resided in Freehold, NJ. The band started with childhood friends, Nick Madore and Mike Polimine in the summer of 2002. The two started out covering songs from Blink 182, Green Day and New Found Glory. Like most kids in a garage, they never dreamt they'd be touring full time and playing music 6 years later.

"There is no place like home. It's so true. Our town has a lot to do with the shape of our band." Louis Dobrolsky mentions. "Whether it's the weather, the nights we stay out all night just being stupid or whatever. Our hearts are defiantly in Freehold, [New Jersey.]"

With a large following in their hometown of Freehold, New Jersey, it's easy to say that the same love they have for their town, the town reciprocates as The Years Gone By, consistently sell out hometown shows.

Armed with only the dream of seeing the country and playing music they love, The Years Gone By has booked and completed over 11 east coast tours. [Headed to the West Coast this summer] Most nights consisted sleeping on concrete parking lots, grass fields, basement floors and just about anywhere else they could lay there heads down .

What makes them continue this dream? What do they thrive for?

"Overnight drives, dive bars and about 20 screaming fans for about 35 minutes." explains Nick Madore (vocalist/guitarist) "We have played to a 1000 people, we have played to 1 person who was the promoter of the show. Bullshit aside, those are the best minutes of our day. We just love to play music."

The Years Gone By has no plans to slow down anytime soon. They are currently recording in Goshen, New York. Recording a 12 song full length that is attracting plenty of attention. Expect more announcements on a release in the coming weeks. The band also has tour dates to the west coast and back home for a majority of the summer. Keep your eyes on the dates for shows in your area..

On May 5, 2008 it was announced that The Years Gone By were signed to Rise Records.

On September 2, 2008 the band released their first full length, "Forever Comes Too Soon" on Rise Records. Following their hometown CD release show, they toured extensively over the next year. On July 31, 2009, the band announced they were leaving Rise Records. In September 2009, they released "Something You Know Nothing About", a 5 song, self-released digital EP on iTunes and Amazon, followed by more touring.

In January 2010, they went to record some tracks in Baltimore, Maryland with Paul Leavitt (all time low, the dangerous summer). These tracks would have become tracks off their new album, but unfortunately the band took a hiatus in March 2010. Nick is currently touring with Hey Monday as a guitar tech, while Mike and Louis plan to finish college.