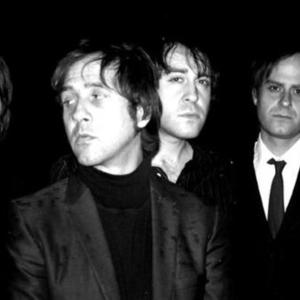 There can be more than one band this this name. Namely: *The Manchester, UK based band *The Israeli girl rock band. *The Ska-punk band from South Korea. *The garage-rock tempest from Detroit, USA. The Witches formed in Manchester, UK late 2007. The line up was Gib Lyn, Trebor Smith, Karl Starchild Astbury and Walt Gilbert. Mostat James joined the band adding keyboards and samples in 2009. www.myspace.com/the__witches (2 underscores!) Some reviews for Manchester band The Witches -

*The Manchester, UK based band
*The Israeli girl rock band.
*The Ska-punk band from South Korea.
*The garage-rock tempest from Detroit, USA.

Some reviews for Manchester band The Witches -

?THE WITCHES have got to be one of Manchester's most interesting and avant-garde bands right now. The spirit of grunge and garage is turned into a deviant cocktail of sawn off sonics and deliberate detuning. The guitar wears a frequent pitch-bending effect that wrangles the notes off-key, whilst splitting out the high frequencies. It's loud and ear-damaging. There's a chaos and at times a lot of distorted shouting. There is however a genius touch. The songs evolve, sometimes gently, sometimes suddenly, into focus. It may be a chorus with glorious four chord sequences or it might just be one occasional line of melody. It means their tunes occasionally surface from the stormy, intelligent fracas. The Witches, just on their value of sound alone, have created something truly unique. There are no real comparisons to be made here and they dig deep into the soul of hazy rock to create this entertaining disturbance. I've not heard a Witches record yet and I'm not sure how they'll record this, but it will, I promise, be something special?.
Manchester Music magazine


?They now have a keyboard player and the guitar player who is recovering from an accident also joins for some vocal work. It's changed their sound a little, but added to the invention. There are new wave rumblings, but still the sharp attack of something new and dangerous. They sharpen their sonics and fuse their attacks to attention grabbing bass hooks. As a band they embrace the theatric side of their music, but with a serious landscape of rock and roll sci-fi. It's quite unlike anything out there and I've not quite unraveled their sound as yet. As the last shimmering cascade of their crumbling high EQ fuzz melts into the walls, the intrigue, the innovation, the fascination just builds. The Witches have yet more to reveal I'm sure?.
manchestermusic.co.uk

?The Witches are a buzzin new band from Manchester with a groovy mixture really hard to pigeon hole. Pick some bottles from the post punk bar, add two noisy parts of psychedelic fresh fruits, ice cold spooky vocals, shake and serve to Mr Mark E. Smith if the darkest corner of the venue?Please Ladies and Gentlemen enjoy?The Witches?.
retrophobic.com

?There's a dark cloud circling above The Castle tonight. Only we're not witnessing a Roald Dahl-style Wicca convention, but Manchester's newest masters of musical trickery whipping up a sonically charged garage-glam spell on every ear in the room. From opener ?Rattled', raven tinged riffs and vitriolic howls work through the dry ice and jab into every soul like a stake through the heart ? all making these Witches one of the most exciting dark horses on The Fly's radar right now?.
The Fly

The Witches from Israel is a very influencing group that was active in the years 1992-1997.
They were fronted by Inbal Perlmutter(???? ???????). Perlmutter founded the band, along with Ifat Netz and Yael Cohen.

The band began to perform in clubs around Israel, and got public notice on a TV show called ?Songs of the Sea of Galilee?, hosted by Naomi Shemer. The Witches performed a sensual version of Shemer's song Kesem ?Al Yam Kinneret (?Magic on the Sea of Galilee?) which astounded both the audience and the host. This version was recorded in April 1993, and was released as a DJ record with cover art by Perlmutter.

In early 1994, the band released its first album, Ad Ha-Oneg Ha-Ba (?Till the Next Pleasure?). Perlmutter wrote the lyrics and composed nearly all the songs. Thanks to Korin Alal's arrangement and production, the band succeeded in creating an energetic guitar rock album which gained immense popularity and was certified gold. Following the album's release, the band had dozens of concerts. Some of them were held on Friday the 13th under the title ?The Night of the Witches?, and featured guest singers Korin Alal and Dana Berger.

In March/April 1995, The Witches released its second album, Zmanim Muzarim (?Strange Times?). This time they arranged and produced the entire album themselves. Again, Perlmutter wrote all the lyrics and composed all but one song. The album was less popular than their first.

The band continued holding concerts frequently and was often a warm-up act for Bj?rk.

In April 1996, the band released its third album, Ha-Mechashefot Mitkasot (?The Witches Covers?), a collection of all the cover songs they recorded in their early days. The only popular cover not on this album was ?Sweet Dreams?; Annie Lennox of the Eurythmics had refused to allow the band's version of her song to be released. In protest, Perlmutter distributed the song on an underground tape; on the cover, which she had designed, were inscribed the words ?Shit Rights?.

After the release of this album, The Witches became considerably less active, although they never officially announced that they were disbanding. They held their final concert in September 1996.


The Witches from Detroit have been together for ten years and are fronted by local underground legend, Mr. Troy Gregory (also of The Dirtbombs fame). Gregory also did a short stint in the heavy metal act Prong.

The Witches style can be described as having been influenced by the '60s pop sound but melanged dirty garage rock.