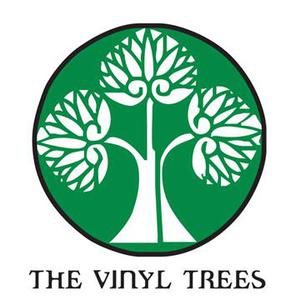 The Vinyl Trees' story started with Mark Smith at the age of 16 when he decided to pick up a guitar. Heavily inspired by his favorite bands, Pearl Jam, The Smashing Pumpkins, and The Doors, he began writing songs of his own. He lived in Lethbridge, Canada, at the time and played hockey for the Lethbridge Hurricanes. He started his first group, The Epic Latitudes, with his older brother Derek. After years of practicing both hockey and music and bouncing around several minor league teams, Mark finally made his childhood dreams become reality.

He was drafted by The San Jose Sharks. After years of progression both as a player and teammate, came a hockey player's worst nightmare: a lockout. With no hockey to play, Mark submerged himself in his other passion--music. He started his own record label, Lunar Records, with hopes of giving some great unknown bands some recognition. One night he was out with friend Greg Lauck, when mark persuaded him to go into a seedy bar with live music called Johnny V's, one of Smiths favorites. To Mark's surprise, upstairs he found the first band he wanted to sign to his label. The band was called The Invasion. The Invasion recorded a couple of demo tracks before disbanding later that fall. The lockout was finally resolved and Smitty went back to the ice. During the season he was introduced to Larry Brooks, a local drummer and friend of Greg Lauck. Instantly a musical chemistry began between the two. Larry was accustom to playing a regular drum kit until Smitty brought home a Peruvian drum called a cajon. Larry excelled at the instrument at a rapid pace. More and more the two practiced and played shows throughout the Bay Area. The 2006 season came to an exciting end as the Sharks went deep into the western playoffs. With the summer off, it was time to play music. Mark scrapped the idea of signing and managing other groups, instead going full force with the music he had been writing ever since his days in Lethbridge. He received a call from none other than Alek Dorian, the guitar/bass/singer from The Invasion. Since The Invasion had broken up, Alek had been working on his own original music, as well as a few other projects. They decided to arrange a try out at Smitty's house. Just as before with Larry, there was instant musical chemistry. The band was now set. The three began practicing every day and playing shows regularly. Not long after, they embarked on their first tour as a group. They spent two weeks playing through western Canada, stopping for a show where the music all began, in Lethbridge. The band was treated with warm hospitality from the fans who remembered Mark when he was first starting out. They are now in the midst of recording their first full release CD under the Lunar Records label and plan to have it out for sale by winter 2007. You can catch them live at upcoming local Bay Area venues. Mark still plays hockey with the San Jose Sharks and he and the rest of the team look forward to a strong 2006-07 season. With a solid line up and great tunes The Vinyl Trees are on the rise with their own unique sound. Taking it more seriously than just a hobby, The Vinyl Trees plan to work hard and move in no other direction than forward.