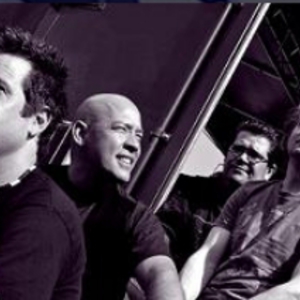 Four talented musicians with massive experience, influenced by each other and by original heroes like the Vaughan Brothers, Muddy Waters, Jimi Hendrix, Elmore James, Howlin'Wolf, Jimmy Smith and the Fabulous Thunderbirds.?The Veldman Brothers' follow these tracks respectfully: with covers, with their own songs and above all with a highly recognizable ?Veldman Brothers-sound'.

You'll find ?The Veldman Brothers' playing festivals as well as small blues joints and already they have managed to abash the audiences at every major bluesclub and festival in Holland. Their first record ?Home' was rewarded ?Best Blues album of 2007' by dedicated internet-sites and radio-stations.

Blues, rhythm and blues, swing-blues and delta-blues, blues with a touch off rock and blues with a twist off soul or funk. ?The Veldman Brothers' won't recognize any limits and obey to only one golden rule: ?It has to be pure and straight from the heart'.
?Blues and roots straight from the heart'. Make sure that you've seen, heard and felt ?The Veldman Brothers'.

Livin' By The Day

Bringin' It To You Live