The United Sons of Toil 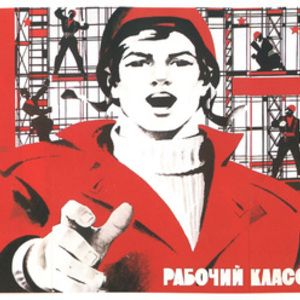 The United Sons of Toil are a collective deeply rooted in the grinding noise and math rock that bubbled up from the Midwest during the mid '90s. This is not to suggest that the Sons are a retro band in any sense, simply that the hoarse vocals, guitar damage, starts and stops, and sometimes-convoluted arrangements and time signatures hark back to a time when labels like Touch and Go, AmRep, and Dischord lorded over the indie-rock landscape. Recorded Output

Recorded Output
A number of other influences reared their ugly heads during the course of the first USoT record, 2007?s Hope Is Not A Strategy, notably the angular post-hardcore of outfits like Hoover and Unwound as well as the decidedly socialist bent of the sparse lyrics. Indeed, songs that compare family dynamics with political systems put the Sons squarely in the Gang-of-Four school of populist deconstruction.

Within less than a year, the Sons released their second full-length on May 24, 2008. Until Lions Have Their Historians, Tales of the Hunt Shall Always Glorify the Hunter is even more unrelenting than Hope with faster, more ferocious, songs and vitriolic diatribes about the exploitation of indigenous peoples. Lions billows in scope with wiry post-punk screes giving way to more expansive compositions, eventually culminating in epic layered guitarscapes.

With new a new drummer and a new-found indignation fueled by the reactionary political climate, the Sons began work on a new record in 2009. When The Revolution Comes, Everything Will Be Beautiful tells the story of an oppressed people who resort to violent struggle and eventually become oppressors themselves. Revolution is at once more beautiful and brutal than either of its predecessors, with lengthy, layered songs that place a new emphasis on vocal textures and interplay. There are echoes of Neurosis' crushing doom as well as the new-noise of more recent sonic-terrorists like Young Widows and Helms Alee all the while still carrying a torch for vintage Midwest math-noise. Revolution was finally released March 5, 2011 on Cincinnati's Phratry Records.

After a handful of shows and two records, Burnett moved to San Francisco in the summer of 2008, leaving the Sons without a drummer. By fall, long-time fan and comrade Jason Jensen offered his efforts to the collective and the struggle began anew with an increased emphasis on activism and live performance.

The United Sons Of Toil are proudly based in Madison, Wisconsin, the epicenter of class struggle.

Until Lions Have Their Historians, Tales of the Hunt Shall Always Glorify the Hunter

Hope is not a strategy