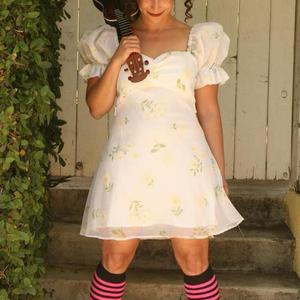 Thessaly Lerner is a stage, film & voice actress, writer, director, producer, and The Ukulady. She is perhaps best known as the voice of the teenage girl in Electronic Art's The Sims 2, and all subsequent expansion packs; and to Survival horror fans as the voice of the nurse Lisa Garland in the 1999 PlayStation classic Silent Hill, and briefly again in Silent Hill 3. Her alter-ego, The Ukulady is a comedic musical entertainer and a Youtube partner.

The Ukulady's first album, Banned From Canters! Was released in 2008