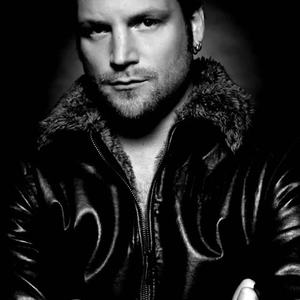 Jean Frank Cochois aka The Timewriter was born into a family where music played a vital part in everyday life. From the age of 13 on, he got trained in classical music and was sent to a music boarding school. Soon he started experimenting with electronic music while also including acoustic instruments. After several band memberships and three theatre music projects, Frank produced his first Album ?The Timerewinder? in 1994. The LP got released under his alias JFC on Mole Listening Pearls not before 1997 though.

It was Tom Wax who introduced Frank Cochois to the upcoming label Plastic City in 1995. Next to Terry Lee Brown Jr., The Timewriter would become THE most influential arist in the development of Plastic City as one of the major outlets for TechHouse in Germany and beyond. His albums and mix-compilations have gained The Timewriter an excellent international reputation. Fans and experts alike also agree on his more downbeat-oriented project JFC with releases on Elektrolux a.o.

The Timewriter's trademark style can be characterised by his dense and atmospheric sound which based on sophisticated musicality and thoughtful profundity goes far beyond dancefloors and mere entertainment. Take UK Muzik magazine's judgement as a good measure: "This is real 21st century soul music, overflowing with magic". Under various pseudonyms he has been releasing singles and albums on such renowned labels as Plastic City, Mole Listening Pearls, Elektrolux and American labels such as Wave Music, Driftwood, and Fiji.

Jean F. Cochois usually plays minimal/deep house.The many facets of his artist personality are highlighted by his striking ability of amalgamating the deep Soul of Motown with synthetic sound productions. Already in his music boarding school time, he eagerly explored the field of composition and became familiar with the most diverse music styles. He looked up to bands like Depeche Mode, Tears for Fears, Kraftwerk, Alan Parsons, Vangelis and Jean Michelle Jarre. As other important sources of inspiration he includes Bands like Roxy Music (Bryan Ferry) and Marillion (Fish) who fascinate him with their slight tendency towards melancholy and calming seriousness.

Room Of A Million Rainbows