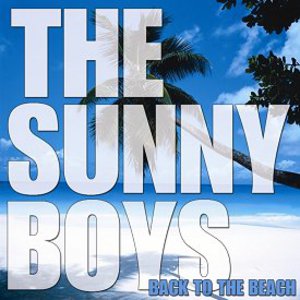 The Sunny Boys are the Italian Tribute Band of the fabulous Beach Boys. They bring in Italy, Switzerland, Austria, France and Spain the warmth and happiness that only Brian Wilson's music can communicate. They started their surfin' safari at the end of 2003 when the long time hardcore fan Gianluca Leone (aka Brian The Captain) finally got the opportunity to form a BB tribute band. He's probably one of the most expert fans in Italy, he's got everything (and when we say everything we mean everything) published about the Beach Boys.

They started their surfin' safari at the end of 2003 when the long time hardcore fan Gianluca Leone (aka Brian The Captain) finally got the opportunity to form a BB tribute band. He's probably one of the most expert fans in Italy, he's got everything (and when we say everything we mean everything) published about the Beach Boys. He's been following them since the early 90s, when he was 14, and discovered on a shelf in a record store a cheap compilation of the fab 5. While being for a year and a half the lead singer of Supersonic, an Oasis tribute band, gave him the opportunity to play in the best pubs of Turin, he surely feels The Sunny Boys as his "real" band to put his heart and soul into.

"I've been following the Beach Boys since i was a kid, musically they mean everything to me, they're absolute perfection in terms of vocal blend, production techniques and spirit. I've always loved the way Brian was able to express that happiness and that melancholy at the same time, I've always identified myself with him, feeling his fears, having the same expectations from music he had when he was a kid, and completely understanding his naiveness and childlike behavior"(Gianluca)

During his childhood Fabio Leone(aka Fabio Wilson) , Gianluca's younger brother, listened often passively to the Beach Boys' music that was always on the home stereo. So he started to learn all the songs and to play them along with his brother. They listened and played together also "heavier" music, such as AC/DC's, one of Gianluca's all time favourite bands, but they always played several instruments in separate bands. They both took piano lessons, and in 1992 Gianluca shortly formed a band, The Durendal, in which he played the drums and singed backing vocals. After almost 4 years he felt that his drumming experience was over, cause he wanted to be the frontman, and no longer behind the drums.

After leaving The Durendal he started writing many songs, inspired by a purely melodic pop and obviously by Brian Wilson. " After hearing the TODAY album i felt so strange...well let's say I was so envious that Brian, my age when recording that album, was able to write and produce those songs....that album made me cry, it had such beautiful ballads, brilliant chord changes and heavenly harmonies...so I said well even if I'll never have Brian's genius let's try to learn everything I can from his music, mostly because it makes me feel so special..."

Then he discovered Pet Sounds, Smile, and all the rest of the BB albums, listening, writing and overdubbing his voice to recreate those harmonies. At the same times he started recording some ballads in studio, making some local TV appearances and participating with good success to some singing contests. But he started missing a band again...

From 1996 to early 2003 he wrote, played and produced his own songs, playing occasionally electric guitar in short living groups, and producing in studio some demo tapes for young bands in Turin. In 2003, after completing university, he came full time "back in business" in music becoming the lead singer of Supersonic, an Oasis tribute band that reached a quite good success among Oasis fans in the north of Italy for a year and a half.
Meanwhile Fabio, who lived his childhood completely into music, being 4 years younger than his bro, played drums and then guitar in the same band for almost 7 years, The Wheels, a heavy rock band. But he wanted to play more live dates, so he started considering the project of his older brother, also given the fact that Gianluca, having played many dates in several pubs with Supersonic, had the opportunity to know many pub owners, and so found it easy to plan gigs.

Gianluca called Matteo Pagliardi, an old time friend with whom he shares the passion for The Beach Boys, a very very talented drummer and pretty good vocalist. Fabio called a friend of his, nicknamed Lo Zio ("The Uncle") who plays bass guitar in many groups, and is very fond of the 60s. Then the formula started to work, the rehearsals showed that there was a really good potential in the band. After the first gigs The Uncle leaves the band because of health problems, and Eugenebecomes the new bassist for 8 months. In October 2004 Alberto Costajoined the band as the new bassist for about a year. Meanwhile keyboardist Marcel joins the band and stays for 5 months. Then, due to the continuous search of better musical quality in the band, Marcel was fired, and Daniele Sobrero, a very good vocalist and keyboardist, took his place until march 2005. In April 2005 [bandmember from=2005 ]Gigi Basile[/bandmember] joined the band as the new rhythm guitarist, while Brian The Captain, after Albert's defection in summer '05, decided to play the bass, in pure Brian Wilson's style. In December 2005 G.A. Codnik joined the band with his 12 strings guitar. In November 2005 Matteo leaved the band and, after several lineup changes during the years, Marco Rivagli was chosen as the new drummer in 2008. In april 2009 Lorenzo Favero replaced Fabrizio Ugo as the rhythm guitarist.

The guys, after more that 230 shows in the past 5 years, present in their gigs a setlist of about 40 songs with every Beach Boys' hit, along with their surfboards and striped shirts!!

Back to the Beach