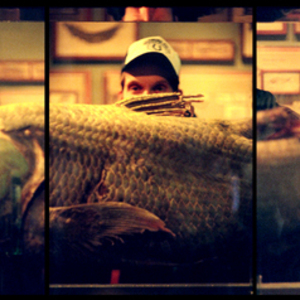 Shall Noise Upon, released on September 2nd, 2008 on the Headless Heroes label, is the third full-length album from Apollo Sunshine. Recorded during the summer of 2007 in the Catskill Mountains, in a house inhabited by spirits (and next door to the home of the original Uncle Sam), the album sees multi-instrumentalists Jesse Gallagher, Sam Cohen, and Jeremy Black weaving through a multitude of styles (psych-pop, groove-funk, cowboy songs, samba/tropicalia) with assured fluidity and inspiration.

This is not a band searching for their sound; they have crafted an awesome mix of original material that celebrates the journey through darkness and light.

Surrendering themselves to the collective head-space and transformative alchemy of Apollo Sunshine and with help from their friend and co-producer, Quentin Stoltzfus (Mazarin), Shall Noise Upon is an illumination of love in a world of "dangers"- real and false. The CinemaScopic arrangements on the album couldn't have been realized without recruiting a parade of musical friends including: Drug Rug, Edan, Tulsa, Viva Viva, and White Flight. The result is a timely collage of lush instrumentation: drawn from home-made samples and field-recordings to singing bowls and jaw harp. The sounds on Shall Noise Upon come together in an impressionist tour of electrified music.

Album-openers "Breeze" and "Singing To The Earth (To Thank Her For You)", are love-poems to nature and longing, weaving the emotional connection to the world and to each other as one magnetic force, while building and bursting to the sound of cascading autoharp and drippy pedal-steel. "666: The Coming Of The New World Government" likens America today to the fall of Rome around anthemic psych guitar scrawl, propellant percussion, and winding vocal harmonies. "Brotherhood Of Death" is a brain-buster from the apocalypse that tells the hallucinatory tale of a man intoxicated by greed and power; followed by "Happiness", a gorgeous, expansive instrumental, which sounds like an orchestra conducted by Ray Davies.

The band is already recreating the depth of these new studio recordings live. That may seem hard to pull off, but for anyone who's ever seen Apollo Sunshine, maniacally switching instruments, producing an extra-terrestrial sea of tones, this is where they shine the brightest. Over the last few years they've toured with Apples In Stereo, Dr. Dog, and They Might Be Giants, Toots and the Maytals and performed at Bonnaroo, Langerado, and Sasquatch. This Fall they will touring all over the US and UK.

There is an impression you get from an amazing mix, where distinct parts add up to a unified feeling; and with each play, the range of sounds grow more connected to each other. It's these gifts, "albums" traded among friends that inspired Shall Noise Upon. It will have you believing in love, in a world both dangerous and beautiful.