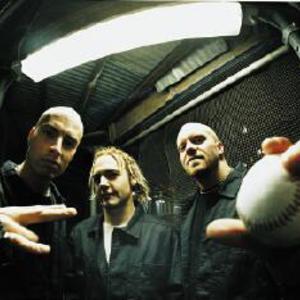 Formed by Bob McLynn (bass/vocals) in February of 1997, THE STEP KINGS took shape when McLynn and bandmates Fern (guitar/vocals) and Mike Watt (drums) laid down tracks for their first-ever recording, the EP SEVEN EASY STEPS. The EP received glowing reviews, earned respect at College radio and saw THE STEP KINGS play shows with bands of various genres - Everlast, Kid Rock and The Dickies to name just a few.

The band went into the studio with producer, Machine (Pitchshifter, White Zombie, Coal Chamber) to pull together their first full length recording for ROADRUNNER Records in mid 1999. The result - the band's debut effort, LET'S GET IT ON, features the anthemic stomp "Vibe", the hard-rocking "Imbalance", the jump-out-of-your-seat jam "Get It" and the infectious, funky-grooved "Right Is Wrong" among its twelve powerful tracks.