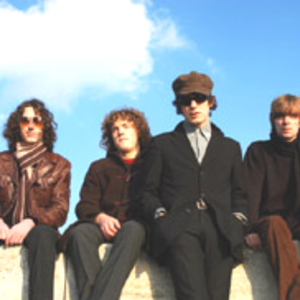 Liverpool band the Stands was formed by Scouse legend Howie Payne after his previous band, The Big Kids, parted ways. (Howie Payne's brother Sean Payne and Russ Pritchard of The Big Kids would go on to form The Zutons with Dave McCabe, Boyan Choudhury, and Abi Harding.) The Stands first came to national attention after Noel Gallagher of Oasis saw the Stands play at the Zanzibar Club in Liverpool.

The core quartet of Howie Payne (vocals, guitar), Luke Thomson (guitar), Dean Ravea (bass), and Steve Pilgrim (drums) was complete in 2002, and the Echo Label (Chrysalis) emerged as victor in the massive bidding war to sign The Stands.

After relocating to Los Angeles to record their second album, ?Horse Fabulous,? Paul Molloy (formerly of The Skylarks) replaced Luke Thompson. "Horse Fabulous", was released on Monday, 24 July, 2005 to critical acclaim. Although certain sectors of sophomoric pop press derided Payne's toungue-in-cheek genius for homage as a ?60s pastiche sound,? Payne received accolade from the more academic contingents of music journalism (Mojo, Q) and major patriarchs of the British music industry, cementing his credibility as a serious and gifted songwriter. The Echo label downsized by three quarters just before ?Horse Fabulous? was released, and the album was left adrift amidst exceptional press and great demand.

On Thursday, 24 November, 2005 Howie Payne posted the following message on the band's forum:

"I thought I should be the one to break the news that after much thought I have decided to no longer continue with The Stands. It has been a wonderful few years but over the last months my heart has been slowly being drawn towards the idea of change and musical pastures new. Recent times have been both creative and difficult in equal measure, and I in order to seek clarity I want to now take the time to take some time to get some fresh air and move onto something new. We thank each and every one of you all for all your support, taking the time to listen to our records and coming to see us play. It's been a pleasure, thanks so much to you all. Howie."

As of Spring 2006, Howie Payne has written and recorded new music, is touring the UK, and plans to release a highly anticipated solo record.