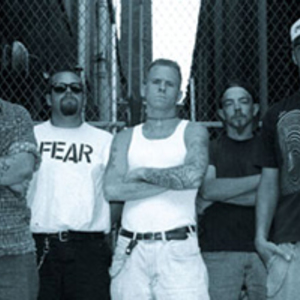 Cleveland, OH Hardcore act The Spudmonsters, founded during 1989, debuted with a track inclusion on the Metal Blade Records compilation album 'Metal Massacre IX'. The band would score a deal with German label Massacre Records and subsequently generate a loyal following in Europe. The 1993 'Stop The Madness' album was promoted in Europe by touring as guests to Biohazard. Around 1993 frontman Don Foose would be converted to Hare Krishna resulting in many press reports began to wrongly mis-label the band 'Krishna Core'.

Further tours ensued with M.O.D. then on a package billing with Life of Agony and Pro-Pain. During 1994 Foose would session on the 'Drop Dead' album from Pittsburgh's Section 315. Both Foose and future band member Eric Klinger would also appear as guests on the second Endless record 'With Everything Against'. A sophomore album followed in 1995 'No Guarantees' after which founder member and guitarist Chris Andrews decamped. His position would be filled by Eric Klinger of Pro-Pain After the 1996 'Moment Of Truth' record The Spudmonsters endeavoured to find a new label. Touring in Europe beckoned yet again with Pro-Pain during 1997. In April of 1998 Foose broke away to create Run Devil Run a Hardcore unit comprising of guitarists Nate Black and Kevin Roberts, bassist Jay Belahovic and drummer Richie Ferjanic.Run Devil Run would complete a brace of albums for the Victory label. Guitarist Scott Roberts would found the New York based Flood in alliance with Agnostic Front and Madball drummer Will Sheplar, vocalist Robb Brock and The Dillinger Escape Plan bassist Jeff Woord. With the departure of Wood in 1999 this group enlisted erstwhile Life Of Agony member Allan Robert and re-titled themselves Among Thieves. Scott Roberts joined Biohazard in January of 2003. The guitarist would also be active with AMPT in early 2004, a collaboration with Slipknot's DJ Starscream (a.k.a. Sid Wilson). Keith Rooney of Gutwrench on bass guitar and the Biohazard pair of Billy Graziadei handled second guitar and Danny Schuler manning the drums.
Scott Roberts now plays in Bloodclot! along with Danny Schuler, Rick Lopez and John Joseph (Cro-Mags).

Don Foose and Eric Matthews are now back with thier new band Sons Of War with Eric Susa on Guitar/Keyboard and Daveo on Bass. Don Foose also founded his own band named Foose.

In 2007 they played one reunion show.

It was the Moment Of Truth line up.
Scott Roberts,
Don Foose,
Eric Klinger,
Eric Matthews
and Steve Swanson.
Due to previous engagements Chris Andrews could not preform.

PLUS Joe Gizmo and The Spudmonsters (some of the former early members) played a few songs from the first demo to finish off the show. Joe Gizmo, Rick Kiehl, Joe Kilcoyne and John Keener (the 2nd Spudmonsters singer) was part of that line up.

Stand Up For What You Believe